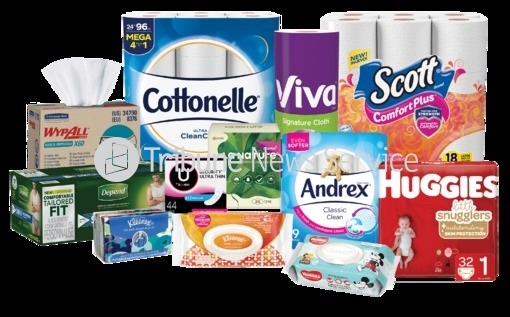 By Paul O’Donnell
From The Dallas Morning News

The maker of household items such as Huggies diapers, Kleenex facial tissues, and Scott paper towels also cut its annual forecast for the third consecutive quarter. Adjusted earnings will be $6.05 to $6.25 a share this year, the company said, down from a prior projection of as much as $6.90.

“Our earnings were negatively impacted by significant inflation and supply chain disruptions that increased our costs beyond what we anticipated,” he said in a statement as the company reported earnings for the July through September period. “We are taking further action, including additional pricing and enhanced cost management, to mitigate these headwinds as it is becoming clear they are not likely to be resolved quickly.”

Quarterly sales totaled $5 billion, up 7 percent from the same period a year ago. In North America, Kimberly-Clark reported a 3 percent sales increase in consumer goods and 16 percent increase in professional products. Outside North America, sales were up 6 percent in developing and emerging countries and were even with year-ago in developed markets.

But its operating profit slid by just over 1 percent to $657 million, including charges related to a 2018 restructuring.

Diana Gomes, a Bloomberg Intelligence analyst who tracks the company, said she doesn’t expect Kimberly-Clark’s earnings to realize price hike benefits until 2022, forcing the company to sacrifice profit in order to advertise its products.

“Ads are needed as it passes additional premium-product price hikes to customers to counter input costs $1.4 [billion] to $1.5 billion above 2020′s amid pulp, transportation, and energy-input inflation,” Gomes wrote Monday.

Kimberly-Clark’s emerging market expansion, beyond premium diaper sales in China, might not be enough to prevent an expected 1 percent to 2 percent sales decline this year, after a 6 percent boost in 2020, Gomes said.

Sales spikes in tissues and toilet paper during COVID-19 are “decelerating faster than expected, so a rebound in the professional hygiene segment is critical” as vaccinated workers return to offices and other public spaces, she said.

Kimberly-Clark’s 14 percent market share makes it the No. 2 maker of personal-hygiene products globally behind rival Procter & Gamble, according to Passport data from Euromonitor International.