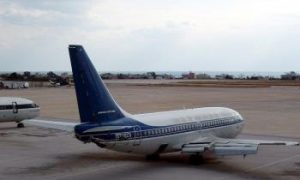 Diamond Foods this week reached an agreement with Procter & Gamble Co. to purchase its Pringles potato crisps business for an estimated $2.35 billion in value.

The deal includes $1.5 billion in stock and an assumption of $850 million in debt Pringles owes, according to the companies.

Diamond, a major player in the snacks business, is best known for makes the Emerald brand of nuts, Kettle potato chips, as well as the Pop Secret brand of popcorn.

Bob McDonald, current CEO of P&G, called the transaction “a terrific deal for our shareholders—maximizing value and minimizing earnings per share dilution.”

For Diamond, the deal would likely give the snacks company an increased market share for its existing portfolio of snacks, and gain more clout with grocers and distributors, according to Wall Street analysts.

But the deal is unlikely to put a dent in the market dominance of PepsiCo, which owns the Frito-Lay snack business, a leader globally.

After the merger, existing P&G shareholders would be 57 percent owners of Diamond. Mendes will continue to lead the combined company as chief executive officier.