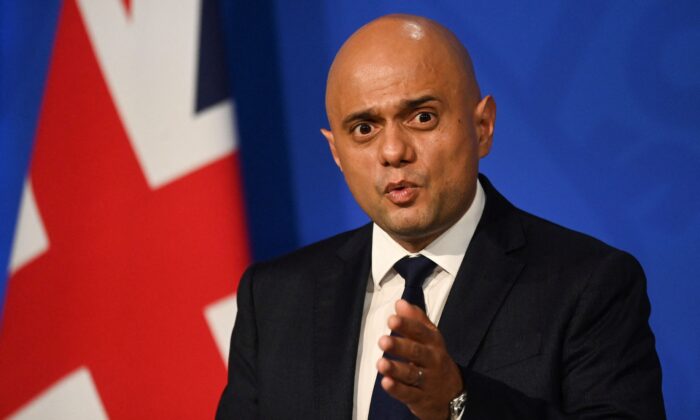 The UK’s Department of Health and Social Care (DHSC) has become the latest high-profile entity to end its membership with Stonewall, a controversial LGBTQ+ charity.

The charity has received increasing scrutiny this year for its lucrative diversity programmes, controversial advice to organisations, and alleged influence on public policy.

The DHSC’s membership with Stonewall expired in February this year. In an email to The Epoch Times on Wednesday, the department confirmed it will not renew its membership next year.

“Last year we conducted a full assessment of all our diversity and inclusion memberships and Stonewall was one of those we decided to not renew. We informed Stonewall of our decision in October 2021,” a spokesperson said.

Earlier this year, women and equalities minister Liz Truss—before becoming the foreign secretary—reportedly told officials that she was concerned government departments’ memberships with Stonewall were not good value for money.

Campaign group TaxPayers’ Alliance said in August that at least 327 public bodies had paid more than £3.1 million ($4.3 million) to Stonewall in membership fees and payments for other programmes over a three-year period.

Fifteen percent of the money (£466,065, $647,085) was from the National Health Service and related bodies over a three-year period, and 58 health service organisations were members of Stonewall’s Diversity Champions scheme—a paid programme that provides diversity training to employees.

Organisations also submit information to Stonewall to be included in its workplace equality indexes.

It was reported in June that Stonewall gave advice such as replacing the word “mother” with “parent who has given birth” as one of the things organisations can do to help bump up their rankings.

The BBC‘s “Nolan Investigates” podcast revealed last month that Ofcom—the UK’s broadcasting regulator—had been submitting the rulings it had made against broadcasters to Stonewall’s Workplace Equality Index when asked to present evidence of what it had done in promoting “LGBT equality in the wider community.”

Ofcom denied being influenced by Stonewall, saying the index had “no bearing whatsoever” on its broadcasting standards decisions.

The report also said that Stonewall was described as “the experts in workplace equality for LGBTQ+ people” by a senior figure in the BBC’s Diversity and Inclusion department, which was understood to have “had a role in the drafting of the latest BBC News style guide around issues of sexuality and gender.”

Stonewall told the podcast that it is “completely normal and appropriate for charities to engage with public sector organisations to advocate for their beneficiaries to improve public policy.”

Commenting on the DHSC’s departure, Stonewall said organisations come and go as with all membership programmes.