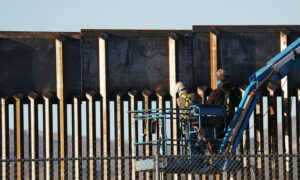 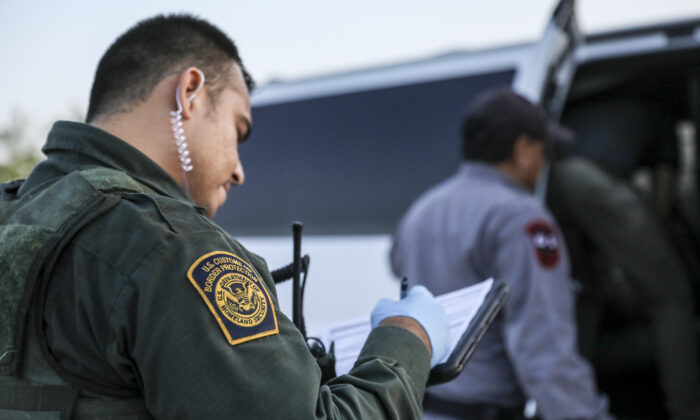 Abbott and Judd said that agents had been left vulnerable and exposed to COVID-19, the disease the CCP (Chinese Communist Party) virus causes.

“We are glad to hear that the Biden Administration is finally stepping up and holding a mass vaccination clinic next week for Border Patrol agents in the Rio Grande Valley who had been left vulnerable and exposed to COVID,” they wrote in the statement.

They added that they had to publicly request the federal government provide vaccines for Border Patrol agents.

“It is unfortunate that, after months of inaction, we had to publicly call on the federal government to protect these brave men and women and provide the necessary vaccine allocations. These agents risk their lives every day on the front lines of our nation, and they deserve the same level of commitment from those they serve.”

We look forward to the Biden Administration following through and fully vaccinating each and every Border Patrol agent in Texas.”

Since late January, officials said that more than 100 illegal immigrants that were released into Texas by Border Patrol agents had tested positive for the CCP virus.

Felipe Romero, a spokesperson for Brownsville, Texas, told Fox News that 108 illegal immigrants tested positive for the CCP virus since Jan. 25—when rapid testing began. That represents about 6.3 percent of the total illegal immigrants who were rapid-tested at Brownsville’s bus station, the official said.

Officials at the DHS, the agency that oversees the Border Patrol, didn’t immediately respond to a request by The Epoch Times for comment.

Romero told Fox that the city doesn’t have the authority to illegal immigrants who test positive for the virus from traveling anywhere else in the United States, although officials have advised them to quarantine and follow federal health guidelines.