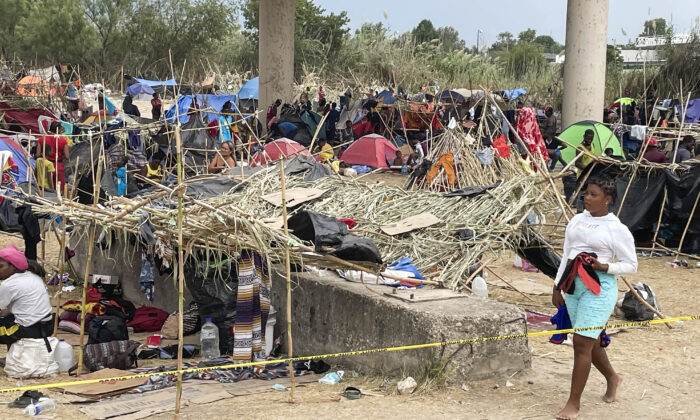 Thousands of illegal immigrants, mostly Haitians, live in a primitive, makeshift camp under the International Bridge that spans the Rio Grande between the United States and Mexico while waiting to be detained and processed by Border Patrol in Del Rio, Texas, on Sept. 21, 2021. (Charlotte Cuthbertson/The Epoch Times)
By Jack Phillips