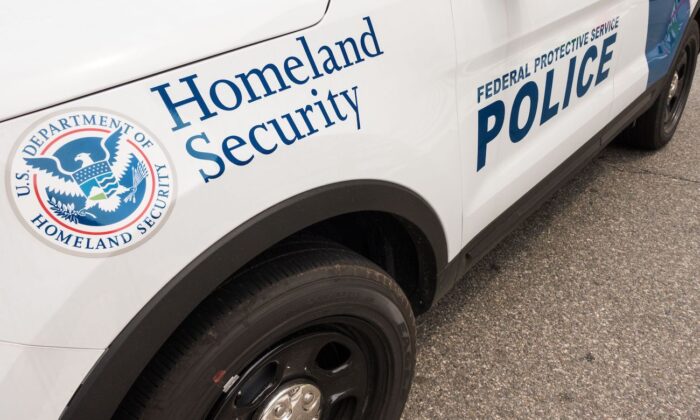 A patrol car with the Department of Homeland Security logo in Washington on July 27, 2017. (Paul J. Richards/AFP via Getty Images)
US

The Department of Homeland Security (DHS) has collected Americans’ financial records in bulk, according to Sen. Ron Wyden (D-Ore.).

Wyden revealed the existence of a DHS financial surveillance program in a March 8 letter to the department’s inspector general, calling for an investigation into the previously unknown activities.

Wyden said he has recently learned that Homeland Security Investigations (HSI)—a law enforcement component of DHS—was operating an “indiscriminate and bulk surveillance program that swept up millions of financial records about Americans.”

“After my staff contacted HSI about the program in January 2022, HSI immediately terminated the program,” Wyden wrote to DHS Inspector General Joseph Cuffari.

The senator said his office was briefed by HSI on Feb. 18—the first time Congress had been told about the program.

“HSI told my staff that it used custom summonses to obtain approximately six million records about money transfers above $500, to or from Arizona, California, New Mexico, Texas, and Mexico,” Wyden wrote. “HSI obtained these records using a total of eight customs summonses, which it sent to Western Union and Maxitransfers Corporation (Maxi), demanding records for a six-month period following the order.”

Wyden said the HSI financial surveillance activities are highly problematic for numerous reasons, including the fact that only eight summonses were used to obtain more than 6 million records.

“The customs summonses authority only permits the government to seek records that are ‘relevant’ to an investigation,” he said.

“HSI should have known that this authority could not be used to conduct bulk surveillance, particularly after the Department of Justice inspector general harshly criticized the Drug Enforcement Administration in 2019 for using subpoenas to conduct a bulk surveillance program involving records of international phone calls.”

The fact that DHS immediately shuttered the program after being contacted by the senator further suggests a lack of internal oversight, he said.

“I write to request that you thoroughly investigate the program to determine whether HSI’s surveillance of Americans was consistent with DHS policy, statutory law, and the United States Constitution,” the letter reads.

“This practice presents real-world harms to people who, for good reason, would like to keep private the transfer of money and the identifying information that goes with it,” EFF, an international nonprofit digital rights group, said in a March 10 statement.

“Sharing financial and other personally identifying records of domestic violence survivors, asylum seekers, and human rights activists could expose them to danger, particularly given that TRAC allows hundreds of law enforcement agencies unfettered access to these records.”

EFF agreed with Wyden’s call for an investigation into the program, noting that the 6 million-plus records should be immediately purged. It also said companies such as Western Union and Maxi should stand up to the government and protect consumer privacy.

“Companies should answer only when compelled by law to do so. Until then, they have an obligation to protect their customers’ information, and that obligation should extend to protections from overly-broad and easily rebuttable government fishing expeditions.”

Western Union offered the following statement when contacted by The Epoch Times: “Western Union is committed to protecting the personal data of our customers, as well as combatting serious criminal activity such as money laundering, human trafficking, and human smuggling.

Maxi didn’t respond by press time to an email from The Epoch Times seeking comment.