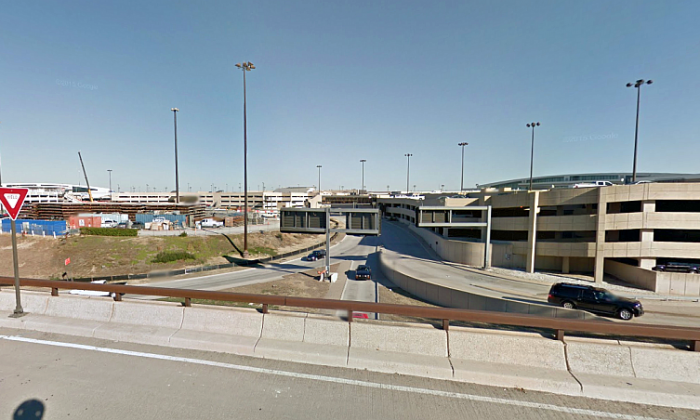 Dallas-Fort Worth Airport (Google Maps)
US

GRAPEVINE, Texas  — Dallas-Fort Worth International Airport officials say some runways were briefly closed as police responded to a driver who led them on a chase and refused to exit her car.

Officials said Wednesday that airport police arrested the motorist who held them at bay for more than an hour after they tried to perform a traffic stop on airport grounds.

Officials say the woman initially led police on a low-speed chase to a remote area near a Federal Aviation Administration tower. She refused to exit her car for more than an hour as police tried to communicate with her. She then drove away, was stopped again and arrested.

The FAA briefly closed runways in the vicinity but flight operations quickly resumed.

An FAA spokesman said fewer than 10 flights were delayed.

“DFW Airport’s Department of Public Safety police are responding to a driver who refuses to get out of a car in a remote area on the Airport’s east side,” the airport wrote in a statement amid the standoff, reported WFAA.

Epoch Times contributed to this report, adding quotes from the airport.