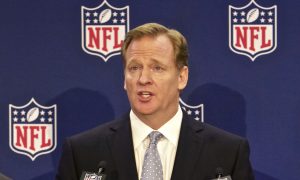 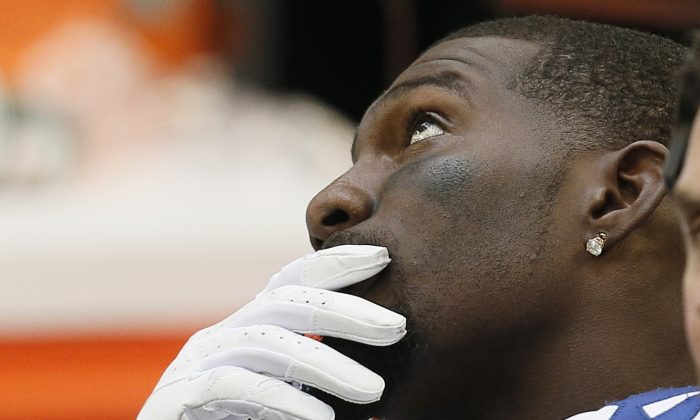 There’s been rumors going around that Dallas Cowboys wide receiver Dez Bryant may have been involved in a “Ray Rice-worthy” altercation with a woman. There has also been rumors that Bryant was “cut” by the Cowboys and suspended by the NFL, but those appear to be false.

FanSided noted that there’s screenshots from the tape allegedly being circulated around social media sites. The site pointed to blog Terez Owens’ report from a few days ago, which said the tape will be released soon.

“We’re being told the Cowboys have warned Dez the tape is going to be released, and from someone who has seen it, that it’s five times worse than the Ray Rice Video,” says  Terez Owens. “His football career is in jeopardy according to our source. Also a Dez insider tells us he is being brainwashed by Jay Z and Roc Nation Sports.”

When Does the 2015 NFL Free Agency Start?

Rice, a former running back with the Baltimore Ravens, was seen punching his fiancee in the face in a New Jersey elevator, which was captured on video.

The release of the video last season triggered a firestorm against Rice, the Ravens, and ultimately the NFL.

The tape rumors were touched on a few days ago by Mike Florio of ProFootballTalk.com, who spoke about them on the radio a few days ago. He suggested the rumors could be linked to Bryant’s contract talks.

The rumors about Bryant getting cut by the team appear to be unsubstantiated.

Cowboys COO Stephen Jones told FoxSports that the team didn’t have any knowledge of the alleged video. “Right now, as to our basic approach to all of the contracts that we’re considering negotiating, off-the-field issues are not a consideration in any situation with any player.”

“We feel strong about him,” Jones also told the Dallas Morning News. “We worked hard to do a long-term deal with him. And we’ll continue to work hard. If we don’t get one done, it just shows how much we care about him [because] we don’t want to expose him [to the open market].”

Other team sources told the Dallas Morning News that they have no knowledge of the tape.

Cowboys team source tells me team has no idea about any Dez Bryant video. Take that any way you’d like.

Bryant sounded off on social media.

“Just quit with the b.s.,” Bryant wrote a few days ago. “It’s clear as day what’s going on… I might need to do a exclusive interview about my life these past 5 years since the world is destined to know… I use to let people take advantage of my life now that I’m no longer allowing that to happen it seems to be a problem… I’m not ashamed of none of my past incidents because that’s what made me who I am today.”