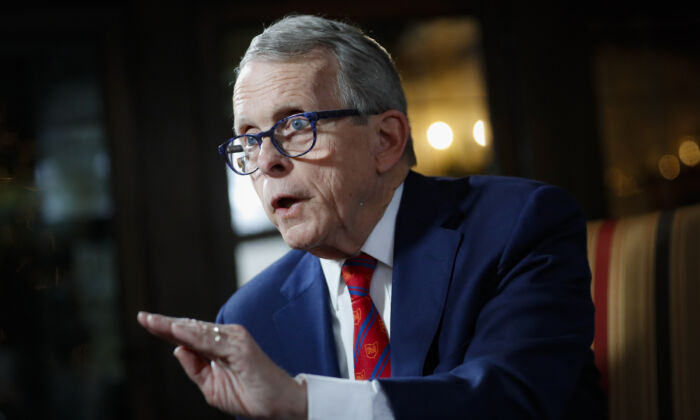 More help is on the way for Ohio families of complex needs children and young adults.

Through a partnership with Aetna Better Health of Ohio, Medicaid’s OhioRISE program addresses longstanding gaps in care and coordination that often result in families having to navigate the system on their own.

In severe circumstances, these gaps and lack of coordination have resulted in families releasing custody of their children so they can access health care services.

Nearly 5,500 children and youth can access services immediately, including Andrew Butler, whose parents had to surrender custody of him in the past so he could gain access to behavioral health care needs for his mental illnesses, according to information from DeWine’s office.

Children with complex needs range in age between 5 and 20, and face developmental or intellectual challenges, or mental health disorders.

They are Medicaid eligible and considered severe cases as they face the risk of not being able to return to or exist in a community or public setting.

“Eight years ago, my family was in crisis,” parent and program advocate Mark Butler said in a statement provided from DeWine’s office.

“My wife and I were forced to surrender custody of our son Andrew to access the necessary treatment for his extreme behavioral health needs caused by autism and several mental illnesses.

“Our story is not unique. Ohio parents of multi-system youth have faced similar agonizing choices for decades.

“OhioRISE represents a new day for our state; the program has helped us access the care Andrew needed without us surrendering custody of our child. Tonight, a family will be spared the trauma we endured while getting the help they need.”

The program builds on work the Ohio administration began in 2019 that has helped more than 800 families obtain care and avoid the possibility of giving up their child to a children’s services agency.

In a press conference earlier on July 1, DeWine reiterated that initiative in the goal of that program as Medicaid is working with health care providers who provide behavioral care services.

An estimated 50,000 Ohio children with complex needs are expected to receive care within the program by next year, according to DeWine’s office.

“OhioRise is a coordinated effort of multiple agencies and community groups to support children and young adults with complex needs and improve the lives of their families,” DeWine said.

“This is a critical step forward for Ohioans who need to easier access health care that may have not been able to before without going outside of their providers or networks.”

The $1 billion program is partly paid for by savings from other Medicaid reforms including centralized billing systems and other operational savings, according to information from DeWine’s office.

The office of the Ohio Department of Medicaid and its director, Maureen Corcoran, could not be reached for comment.