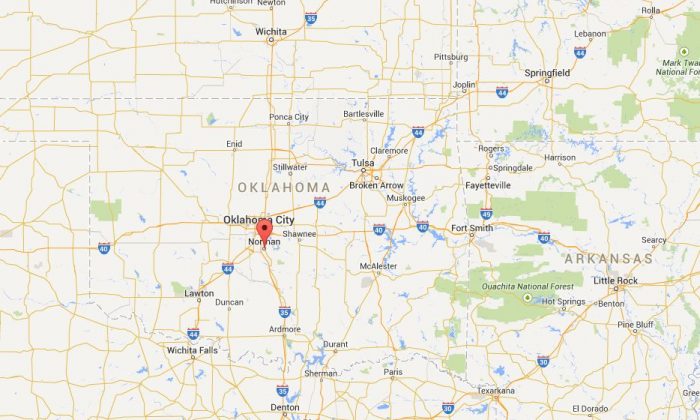 Devin Rogers was identified as the suspect in the Norman, Okla., hostage situation.
US

Devin Rogers was identified as the suspect in the Norman, Okla., hostage situation, said local reports.

Rogers, 29, was taken into custody on Monday afternoon after a several-hour standoff with police.

KOCO-5 in Oklahoma reported that Rogers was the suspect. The hostage situation ended after four hours.

“CRITICAL INCIDENT: Suspect is in custody,” said the Norman Police Department on Twitter.

Rogers was allegedly armed with a handgun and he was holed up inside of a law firm that specializes in immigration law. Authorities have said they don’t know what Rogers’ motives were.

About an hour after the incident started, between 25 and 30 employees and people inside the law firm were released.

Norman is located just outside of Oklahoma City.

NORMAN, Okla. (AP) — Police in Oklahoma say negotiators have made contact with a person holding hostages in an office complex.

Norman Police Capt. Tom Easley said Monday afternoon that negotiators are talking with the suspect. Easley says the person is holding an unknown number of hostages inside the Nextep building. He told reporters the person is armed with a pistol.

Aerial footage from television news stations showed numerous police vehicles and some ambulances at the scene. However, Easley said there have been no reports of anyone being injured.

Easley said police don’t know who the person is or know what his motivations are. He said it’s an “excellent sign” that the suspect is talking to negotiators.

Groups of people could be seen running from the building throughout the afternoon.