Is It Even Possible to Have 2 Internets?
0
Share Now
TelegramFacebookTweetEmailTellMeWeReddit
Copy Link 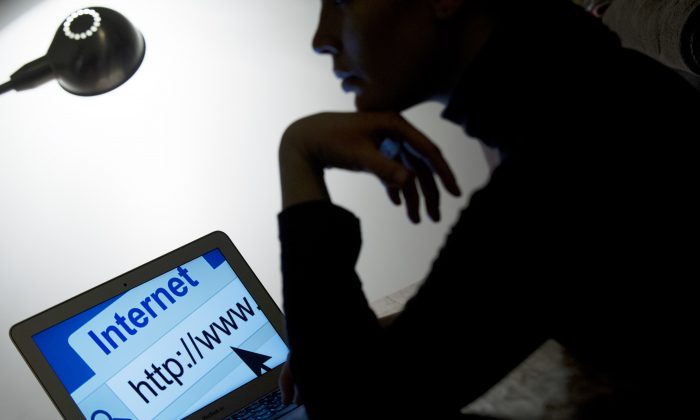 A woman looks at a webpage while connecting on the internet on March 15, 2013 in Paris. ( Lionel Bonaventure/AFP/Getty Images)
Tech

As of 2015, the vast majority of Americans use the Internet, and even among older Americans, habits such declining to use email are becoming increasingly rare, and the same holds true for much of the developed world.

However, most people in the world lack access to the Internet, and many societies around the globe are still transitioning from using the Internet at times to using it as an all-pervading force to do business. Between 2013 and 2014, the number of Internet users worldwide jumped by 300 million, from 2.7 billion to 3 billion, and it’s cultural influence has not gone unnoticed.

A Pew survey of people from 32 countries in the developing world in 2014 found that most people saw the Internet as a positive force for education, personal communication, and the economy, but were more ambivalent about its effects on politics, and downright pessimistic about its influence on public morals.

Whereas 64 percent saw Internet use as positive for education, only 36 percent agreed that it had a good influence on politics, and 30 percent thought it had a bad influence on politics. More worrying is that 42 percent said that the Internet was a negative moral influence, and only 29 percent thought it was a positive one, a pattern that was consistent across the countries surveyed.

One of the likely reasons for the perceived value of the Internet in fostering education is that few have yet tried using the Internet for that purpose. More than four-fifths of adult Internet users in the developing world have used a social networking website, but only 13 percent had used it to take an online class.

As with the United States, Internet usage in developing countries skews toward the young, but the gaps are often greater. In Vietnam, 70 percent of those between the ages of 18 and 34 use the Internet, but only 21 percent of those above 35 do. In contrast, the gap in Internet usage in the United States between the 18–29 and the 50–64 age groups is only 20 percent, at 97 percent to 77 percent.

One remaining divide between the developed and developing world is the use of smartphones. Only 24 percent of those in the developing world said that they owned a phone that could access the Internet, whereas 58 percent of Americans said they owned a smartphone, a figure that likely under-counts the gap because many older flip-phone models can access the Web but aren’t considered smartphones.