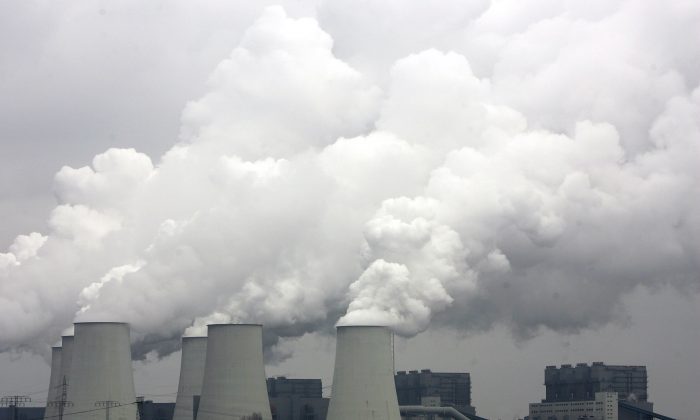 LE BOURGET, France—The once black-and-white world of climate negotiations for poorer countries has evolved into many shades of gray at talks this week in Paris.

For years, many in the developing world said richer countries created the global warming problem with their industrial emissions so it is up to them to clean it up — a sticking point in past climate negotiations.

But there’s no way that global warming cannot be kept below the international goal of 2 degrees Celsius (3.6 degrees Fahrenheit) above pre-industrial times without dramatic limits in future carbon dioxide emissions from the developing nations, climate experts and even officials from developing nations say. The Earth has already warmed up about 1 degree Celsius since then.

“Everybody has to participate in cleaning up the mess,” said Richard Somerville, a Scripps Institution of Oceanography climate scientist. “If you are going to take it seriously, everybody has to play a part to play.”

Tuvalu Prime Minister Enele Sosene Sopoaga said even though developing nations like his — which is being threatened with being wiped out by a rise in sea levels — didn’t cause the global warming problem, they still have to limit future fossil fuel use because the problem has gotten so serious. But poorer nations need financial aid to help pay for renewable energy over often cheaper fossil fuels.

“Yes they are ready, because they recognize it is a global issue,” Sopoaga said Thursday. “Let’s do it together.”

China’s climate change special envoy, Xie Zhenhua, said even though it will be difficult, China is committed to changing its energy system, peaking its emissions by 2030, if not earlier. China is by far the world’s No. 1 carbon emissions polluter.

“Climate change is a common challenge for humankind,” Xie said Thursday at the Chinese pavilion at the Paris climate talks.

The numbers are stark.

“Approximately two-thirds of avoided emissions would have to come from developing worlds,” said Andrew Jones, co-director of the Climate Interactive, a group of scientists that use computer simulations to model how much warming will happen under different pollution cuts offered up in the international negotiations.

The reason for that is, under a scenario where emissions continue at the current pace, most of the pollution growth comes from the anticipated increase in fossil fuel use by developing nations, said Ellie Johnston of the Climate Interactive.