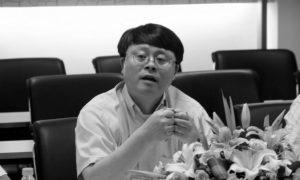 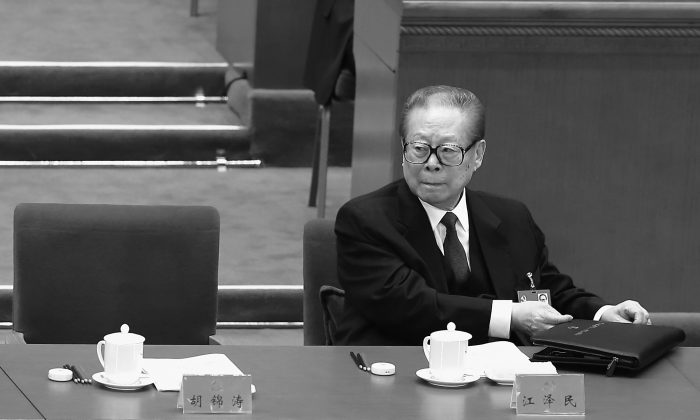 Jiang Zemin, the former leader of the Chinese Communist Party, has been removed from his residence and is in custody of the military in Beijing, according to a source in China with direct knowledge of the events.

The source told the Chinese-language edition of Epoch Times the flow of events, which the newspaper is still in the process of verifying.

At 4:00 a.m. on June 10, Jiang was forcibly taken from his home and handed to a People’s Armed Police squad, on the orders of the commander of a security detail assigned to retired senior cadres, the source said. The source is an individual in this security detail.

The armed police squad, led by the chief of staff of a department in the armed police, then brought Jiang to a military compound belonging to the old Beijing Military Region, and delivered him to a lieutenant general and a senior colonel from the People’s Liberation Army. An individual in plain clothes, presumably a security agent of some kind, was also present when Jiang was delivered, the source said.

The source told Epoch Times that the order to remove Jiang came directly from the Central Military Commission, the regime’s top armed forces governing body, and was conducted with extreme secrecy.

Epoch Times is trying to ascertain the authenticity of the information. Jiang’s current whereabouts are unknown; there are no official reports on the matter.

There has been already word that Jiang Zemin’s two sons have been placed under some form of control.

Zheng Enchong, a well-known Shanghai-based human rights lawyer who was placed under house arrest after tangling with officials connected with Jiang in Shanghai, told Epoch Times in March that Jiang and his sons have had their movements restricted. Zheng says his tip comes from “extremely reliable” channels, and points to the relaxation of restrictions on his own person as supportive evidence.

Speaking to international broadcaster Sound of Hope Radio on June 14, Zheng said that he was recently invited to a reunion of old classmates, one of whom was a former deputy director-level officer. “They said you have to come, because we’re celebrating the fact that Jiang Zemin’s finished,” Zheng said.

Zheng added that the police detail assigned to keep watch on him have started openly talking about the soft detention of Jiang Zemin and his sons.

A source close to the Party disciplinary inspection branch in Shanghai told Epoch Times earlier in June that Jiang Mianheng, Jiang Zemin’s elder son, is presently being placed under house arrest in an undisclosed residence outside Shanghai.

Is China’s Propaganda Chief Headed for a Fall?

Jiang is well-known for the persecution of Falun Gong, a traditional Chinese spiritual discipline. Researchers believe that hundreds of thousands of Falun Gong practitioners have been murdered through forced organ harvesting initiated by Jiang.

The arrest of Jiang Zemin, if true, would be the climax of a power struggle between current Communist Party leader Xi Jinping and Jiang Zemin that has lasted throughout Xi’s reign.