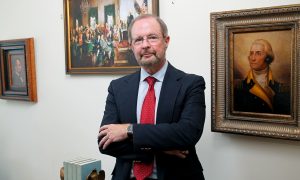 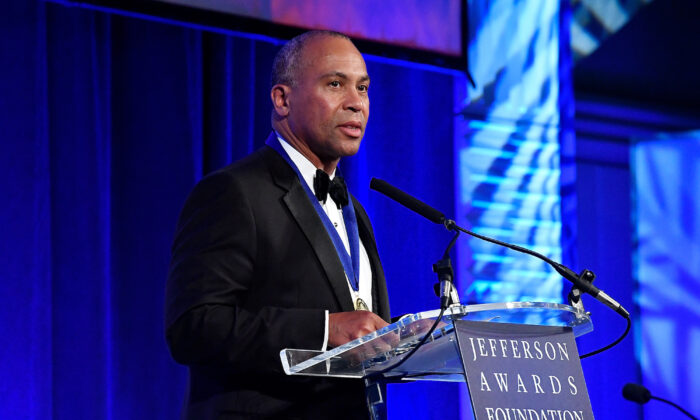 Former Massachusetts Gov. Deval Patrick on Thursday joined the crowded field of candidates vying to become the Democrat nominee in the 2020 presidential race.

Patrick announced in a video that he is formally in contention for the presidential nomination. His entry comes less than three months before the New Hampshire primary and the Iowa caucuses.

“In a spirit of profound gratitude for all the country has given to me, with a determination to build a better, more sustainable, more inclusive American Dream for the next generation, I am today announcing my candidacy for President of the United States,” Patrick said in a statement on Twitter.

Following the official launch of his presidential bid, Patrick is expected to travel to New Hampshire to file for the state’s first-in-the-nation presidential primary. The deadline for candidates to place their names on the primary ballot is this Friday.

In a spirit of profound gratitude for all the country has given to me, with a determination to build a better, more sustainable, more inclusive American Dream for everyone:

I am today announcing my candidacy for President of the United States.https://t.co/hObdLNiFMJ pic.twitter.com/fGmI0qxkxS

On Wednesday, Patrick was mulling joining the race, but had not yet taken the plunge, sources said. He considered launching a presidential campaign last year and put together a team of advisers. Some of former President Barack Obama’s top political aides reportedly threw their weight behind Patrick.

Late last year, however, Patrick announced he wouldn’t run, pointing to the likely toll a campaign would have on his loved ones.

“After a lot of conversation, reflection and prayer, I’ve decided that a 2020 campaign for president is not for me,” Patrick posted on his Facebook page. Patrick said he and his wife worried that the “cruelty of our elections process would ultimately splash back on people whom Diane and I love, but who hadn’t signed up for the journey.”

Besides the challenge of joining the race so late in the election cycle, Patrick faces other significant hurdles, like fundraising and low national name recognition.

Patrick’s announcement comes after former New York City Mayor Michael Bloomberg filed to be on the ballots in two states. Aides said he is still deciding whether to actually join the race. He’s expected to make a final decision on his 2020 prospects within days.

Both the late entry of Patrick and the possibility of Bloomberg running are widely seen as a sign of concerns activists and donors have with the Democratic field.

Patrick has tried to position himself as more moderate than his party’s left flank and could compete for votes with former Vice President Biden, who is running as a centrist.

Early in his career, Patrick served as assistant attorney general for civil rights in the Clinton administration. He later worked as an executive at Texaco and Coca-Cola. Since leaving the governor’s office, Patrick has worked as a managing director for Bain Capital—a company co-founded by Sen. Mitt Romney (R-Utah) and widely criticized by Democrats during Romney’s 2012 Republican presidential campaign.

Elizabeth Warren, one of the Democrat front-runners, was asked by Fox News about Patrick’s employment at Bain Capital. Warren replied: “I’m not here to criticize other Democrats. I’m here to talk about why I’m running for president.”