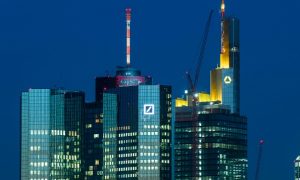 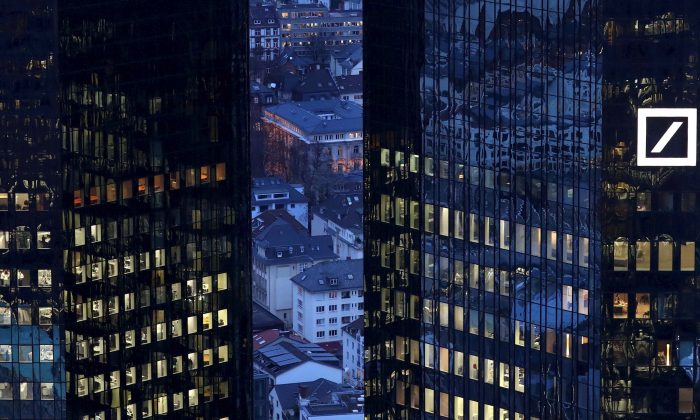 Deutsche Bank caused a recent stir with the seemingly sudden announcement that it would cut 18,000 jobs – one fifth of its global staff. It is part of a reorganisation designed to return the bank to its core business of corporate banking, private banking and asset management. Most of the job losses will be in the global equity traders and investment banking division Deutsche Bank stated in an announcement made on July 7.

Some may read the bank’s problems as the result of a bad strategy, bad execution, bad luck, or a combination of these three. I, however, think that the German bank’s problems reflect the profound transformations currently taking place in the financial industry in general, and in investment banking especially.

Looking at the case of Deutsche Bank, between 2009 and 2018 the bank lost US$14.8 billion in market value (including dividends paid to shareholders). This is the total value loss, with some ups and downs. In 2016 the market value of Deutsche Bank dropped by almost US$27 billion, while in 2017 it grew by US$21.5 billion.

This means Deutsche Bank destroyed US$15,370 per employee, per year. And, on average, the 100,000 employees of Deutsche Bank were paid more than what they have generated. Hence the logic that firing 18,000 bankers creates value.

In his recent book “Bullshit Jobs: A Theory”, David Graeber from the London School of Economics describes a major trend in modern economies: the proliferation of useless, unfulfilling jobs that do not create value for society. In his words, it is the rapid development of FIRE (finance, insurance, and real estate) companies that drives this phenomenon. Corporate bureaucracies in banking, and in particular trading, back office jobs, risk management, human resources, finance are then undesirable for two reasons: they do not create value internally, and they also employ people in companies that do not create social and economic value at all.

Add to this another big transformation that is taking place with the use of technology in the corporate world, and especially in the services sector. As technology is replacing jobs (particularly mechanical, but also repetitive and bureaucratic jobs), we are moving into a world of banks without bankers.

Banks are necessary, but we need fewer and smaller banks. The so-called fintech revolution, where outsiders are taking over the traditional activities of established players (like payments, lending, depository, asset management, and even advisory services) is the pinnacle of a new financial order.

The impact of the Great Recession that followed the 2008 economic crisis is still taking its toll on large financial institutions. A lot of the hefty salaries that were paid before then are now history. In that regard, banking jobs are less attractive for new business school graduates – and add to that the stigma associated with banking jobs. It has been more difficult to attract talent, and the financial industry has not been able to take its choice of the top candidates.

There is also something specific about large, global banks that has changed in recent years. What we thought would be optimal for efficiency’s sake and a way to serve customers better – scale – has backfired. Banks have become “too big to fail”. They are slow bureaucracies and their costs have skyrocketed. As a result, the profits of large banks is not enough to cover their costs.

Downsizing is therefore the only solution and niche banking seems to be the business model of the future. Banks like UBS, Crédit Agricole and BNP-Paribas have already gone through this same job-cutting transformation.

Finally, we must not forget the role that Asia, and in particular China, is playing in the new financial order. Four out of the five largest banks in the world by assets are Chinese. These banks have succeeded in an ultra-protected market, supported by the state, with a very favourable legal ecosystem that has allowed them to dominate their domestic market. Now they are starting to compete in international markets.

Up against all this, oversized western banks operating in free-market, well-regulated and competitive economies are doomed to fail.