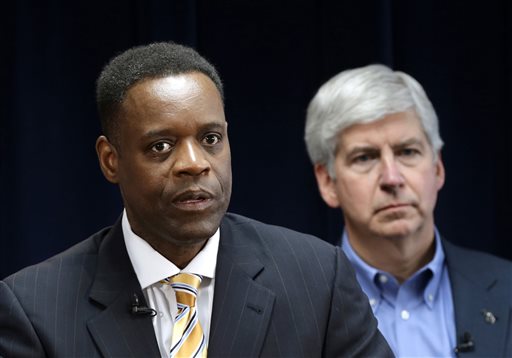 Creditors of the city of Detroit knew they weren’t in the best position for a long time now. Still, when Kevyn Orr, the city’s emergency manager, convened all the stakeholders June 14 to make a final announcement about how to handle the city’s unsustainable debt, they were shell-shocked.

Two weeks ago, media reports surfaced that Orr would convene interested parties in the middle of June to make an announcement, and he followed suit. As of June 14, the city suspended all interest payment on $11.5 billion in unsecured debt. Furthermore, the city will only repay $2 billion of the total.

This haircut mostly affects investors, but also retirees, as pensions and retiree healthcare claims fall under the unsecured category.

Orr, a bankruptcy lawyer, was appointed as the city’s emergency manager in March, taking over the responsibilities of the mayor and the city council on financial matters in a move by the State of Michigan to resolve the crisis.

He said the decisions made were difficult, but necessary. “Financial mismanagement, a shrinking population, a dwindling tax base, and other actors over the past 45 years have brought Detroit to the brink of financial and operational ruin,” he said, according to the city’s press release.

He immediately set his eyes on the future. “We cannot repeat the mistakes of the past—the city, its region and the country deserve better.  Our plan is bold because aggressive action is required to get Detroit back on its feet and improve the quality of life for the people who call Detroit home.”

Money saved from making principal and interest payments will be channeled into public services investment. Orr earmarked $1.25 billion over a decade for this purpose.

Holders of secured debt (around $5.5 billion) will receive better treatment, but will certainly have to incur some losses as well. The statement released by the city did not cite specific numbers for secured creditors.

The next step will be to determine whether the city can file for Chapter 9 bankruptcy, a special type of bankruptcy for municipalities, never before tried on a city the size of Detroit. Orr said the city had a 50 percent chance of meeting the criteria for Chapter 9, which would give it further opportunities to reduce costs and balance the budget.

One of the benefits of filing is the possibility of implementing cost controls—such as furloughs, layoffs, and pay freezes—that would otherwise not be available. However, the United States Courts website uscourts.gov states, “The bankruptcy process is complex, costly, and lengthy, restricts long-term financing flexibility, and is untested on a large city.”

While investors already got their haircut, Chapter 9 could affect union workers most. Some union leaders already expressed opposition to Orr’s plan.

“When you’re backed into a corner, the only thing you can do is fight and the only way we can fight is to strike,” said Mike Mulholland, secretary and treasurer of AFSCME Local 207, the union that represents water and sewerage workers, according to the BBC.