Does the Age of Online Education Herald the Death of Academics?
0
Share Now
TelegramFacebookTweetEmailTellMeWeReddit
Copy Link 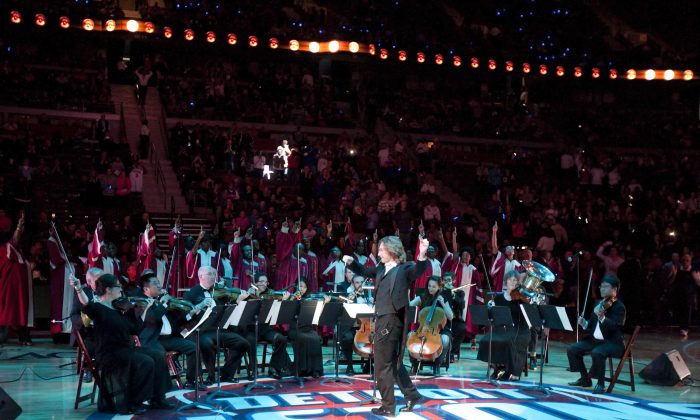 Members of the Detroit Symphony Orchestra play while the Detroit Pistons are introduced for an NBA basketball game against the Houston Rockets on Wednesday, Oct. 31, 2012, in Detroit. (AP Photo/Duane Burleson
Education

DETROIT—The Detroit Symphony Orchestra has taken a simultaneous tour of more than 400 schools in its hometown and beyond, but the road-trip is a virtual one.

Orchestra officials launched their first educational webcast series Wednesday morning. The series debuted in 300 Detroit public and charter schools as well as 125 others nationwide — reaching about 40,000 students with one performance.

The Classroom Edition is an extension of Live from Orchestra Hall, the free webcast that launched in 2011 and now is watched in more than 100 countries.

The three-year educational series is funded by the Mandell and Madeleine Berman Foundation.