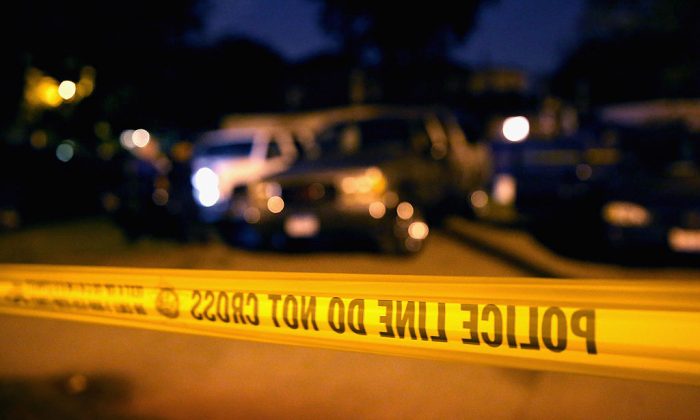 Detroit Mother Gets Away From Would-Be Mugger, Shoots Him Dead

A Detroit mother was able to escape from a would-be mugger and grab a gun from her home before shooting him inside the house.

A grandmother, mother, and daughter were preparing to leave their house on Mark Twain Street on Sunday morning, Dec. 2, for church when an unknown man approached and tried grabbing one of them.

They fled inside their house but the suspect barged in.

The mother, 55, grabbed a gun and fired twice at the suspect, hitting him at least once in the chest.

Medics who arrived shortly after the shots were fired declared the suspect dead.

The Detroit Police Department said the shooting was self-defense and the woman will not be charged.

“If it’s an unknown person and they follow you inside, I suspect they would be legitimately in fear for their well being and safety,” said Balash. “They have every right to defend themselves.”

A neighbor who was also preparing to go to church said that she heard the shots.

“I was about to go to church when I heard the shots they put up the crime tape and I went to church,” Lashundra Craig told Fox 2.

She said that if a robber entered her home, she would also shoot him. She said it’s a normal occurrence in the neighborhood, noting her house got broken into just weeks ago in broad daylight.

“Watch your back, like I’m on the corner I got trees and woods they could be waiting anywhere for you,” she said.

Police say the shooting was in self-defense and no arrests will be made. https://t.co/493C4sETOC

The shooting came just days after a mother in Missouri said she shot her son in self-defense.

The shooting in Kiln on Friday morning happened because the woman thought her son was going to kill her, Criminal Investigation Division Commander Glenn Grannan told WLOX.

The mother and son had an argument that escalated with the son brandishing a knife and threatening his mother. Deputies had been to the house several times for domestic disputes.

“Seemed like today he flipped out and threatened to kill her with a knife,” Grannan said, adding when the father got involved she broke free. “She feared for her life and her husband’s life and went to the bedroom where she acquired a pistol. We’re satisfied it was self-defense.”

Matthew Taylor Boudan, 21, the son, had recently been released from prison in Louisiana and was becoming increasingly abusive to his parents, Grannan told The Sun Herald. Another relative corroborated Boudan’s parents’ reports of increasing abuse.

His parents had a restraining order against him but it became invalid when he went to live with them. They said he had nowhere else to go after he was released from prison.

“His mother had just asked him to keep the refrigerator closed because he kept leaving it open,” Grannan said. “He started damaging things in the kitchen and threatened to kill his mother.”