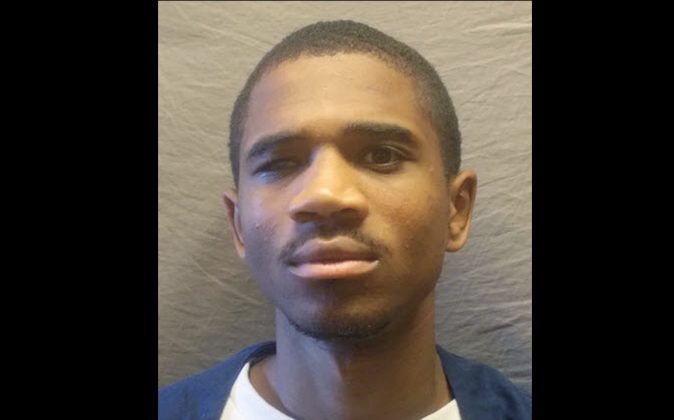 This Aug. 7, 2007, photo provided by the Michigan Department of Corrections shows Davontae Sanford. A judge on Tuesday, June 7, 2016, ordered the release of Sanford who is in prison after pleading guilty to killing four people at age 14, a crime for which a professional hit man later took responsibility. (Michigan Department of Corrections via AP)
US

A Detroit man who was falsely incarcerated when he was 15 years old will be released on June 8, by order of a Wayne County judge.

According to a statement from the prosecutor’s office, Sullivan “signed an order vacating Sanford’s conviction and sentence and directing that the Michigan Department of Corrections immediately release Sanford on his own recognizance.”

Sanford was just 14 years old in September 2007 when four people were fatally shot in a drug house at 19741 Runyon St. on Detroit’s northeast side. Sanford, who lived a few blocks away, was arrested for the crime. Police, while searching for witnesses, found him standing in his pajamas outside his home—which wasn’t too far away from the crime scene, according to Detroit Free Press.

Sanford pleaded guilty in 2008 to four counts of second-degree murder and was sentenced to 37-to-90 years in prison, according to his attorneys.

Heidi A. Naasko, a pro bono attorney for Sanford, told ABC News that a hit man, Vincent Smothers, who has been convicted for past killings, confessed to 12 murders two weeks after Sanford was sentenced to prison.

Smothers was arrested and later convicted of eight of the murders he confessed to, “but the remaining four he was not charged with because those were the murders that Davontae had confessed to,” Naasko explained. “A year ago, the Michigan State Police did a reinvestigation of the case. It was very thorough. It took a year to do.”

Smothers, now 35, is still not convicted of the Runyon Street killings, but has pleaded guilty to all charges and is currently serving 50 to 100 years in prison.

Megan Crane, co-director of the Center on Wrongful Convictions of Youth, a clinic with the Northwestern Pritzker School of Law, told Detroit Free Press that a confession is not “an end-all be-all”—and they are often not reliable, especially if the suspects are juveniles.

A confession is not ‘an end-all be-all’—and they are often not reliable, especially if the suspects are juveniles.

“This is a kid, now a man, who was let down at every stage of the criminal justice process and by every player,” Crane said. “It really is a case that illustrates a series of systematic failures of our criminal justice system.”

Last year, 149 people were exonerated, or had their convictions overturned, according to the University of Michigan Law School’s National Registry of Exonerations, serving an average of around 14-and-a-half years in prison.

Although Sanford was wrongly convicted, Crane, who was one of the attorneys and law students that fought for the release of Sanford, is looking at the bigger picture.

“This is a day we have long waited for, and knew would ultimately come, but we are just thrilled that justice is finally here for Davontae,” she said.