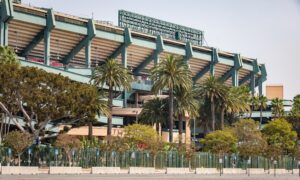 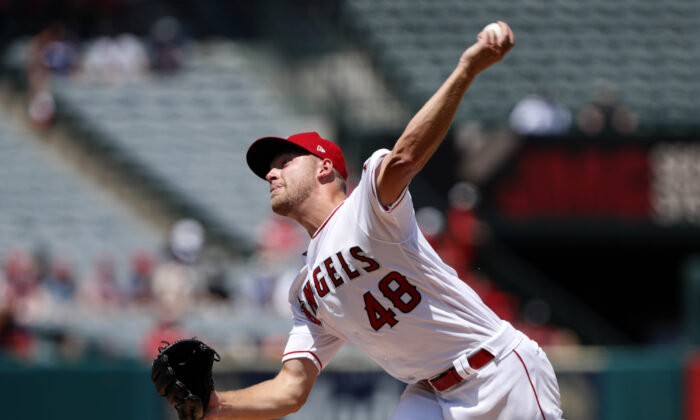 ANAHEIM, Calif.—Reid Detmers hasn’t exactly eased into the majors. His first three starts for the Los Angeles Angels have been on hot Sunday afternoons against the Athletics, Dodgers and Astros—three of the best teams in the majors.

The third start was the breakthrough for Detmers, and luck had nothing to do with it.

Detmers pitched six innings of three-hit ball to earn his first major league victory, and the Angels avoided a three-game sweep with a 3-1 victory over Houston.

David Fletcher and Jo Adell drove in runs with grounders to back Detmers (1-2), who struck out six and gave up one run while outdueling Lance McCullers Jr.

“I was just more confident,” Detmers said. “I was landing more of my off-speed stuff for strikes and getting weak contact for outs. That was part of the game plan tonight, getting ahead and staying ahead. It worked out well.”

After giving up 11 runs and taking a pair of losses in his first two trips to a big league mound, Detmers largely avoided trouble during the longest and best start of the 2020 first-round pick’s brief career. Manager Joe Maddon doesn’t think Detmers has been intimidated by any of his tough matchups, and the left-hander proved it against Houston.

“They’re good lineups,” Detmers said of his first three opponents. “They’re who they are for a reason. They’re good hitting teams, and they score a lot of runs. At times it’s been difficult, but if I hit my spots and keep them off balance, things are going to go my way. That’s pretty much what I did today.”

Michael Brantley homered and McCullers (9-4) yielded two runs while pitching into the sixth inning, but the AL West-leading Astros’ four-game winning streak ended with just their fourth loss in 12 meetings with the Halos this season.

“We hadn’t seen (Detmers) at all, and he threw the ball well,” Houston manager Dusty Baker said. “When you face these guys for the first time, he knows a whole lot more about us than we know about him. Sometimes the guy on the other side throws up a gem.”

Several minutes after Ohtani struck out with the bases loaded to end the second, Brantley put the Astros up 1-0 in the third with his eighth homer.

The Angels tied it in the fifth when Jack Mayfield and Ohtani delivered back-to-back singles before Fletcher’s RBI groundout.

Los Angeles then went ahead in the sixth when Gosselin doubled and eventually scored on Adell’s grounder to second, chasing McCullers.

“I thought it was a really good location (for a double-play grounder),” McCullers said. “It just wasn’t hit hard enough, and (Adell) runs well. … It was just one of those games. I felt like I was throwing the ball really well, but sometimes you’ve just got to give the other team credit. They fought and they scrapped for a couple of runs.”

McCullers pitched 19 2/3 innings of six-run ball over three starts against the Angels this season, but the veteran right-hander still has never won at Angel Stadium in eight career starts.