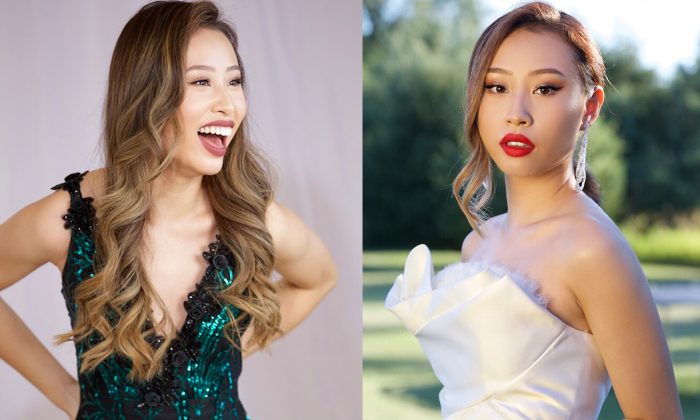 Kathy Zhu, the pro-Trump beauty queen who was stripped of her Miss Michigan World America title for various controversial tweets and was appointed a member of the Women for Trump Coalition Advisory Board has decided not to join the coalition.

“I’ve been doing a lot of thinking & I’ve personally decided going fwd to not be part of the Trump women’s coalition,” Zhu said in a message on Twitter on July 30.

The 20-year-old political science student and president of College Republicans at the University of Michigan was stripped of her crown on July 18.

“Now is just not the right time for me since I’m a full-time student & wanna graduate asap,” Zhu wrote in the same message. “I still support the president & will continue to do so!”

I still support the president & will continue to do so!
🇺🇸♥

In a subsequent message on Twitter, Zhu wrote that her priorities are education and graduation. “1) Education 2) Graduate 3) Secure the bag,” she wrote.

Immediately after being stripped of her title, Zhu shared her thoughts on Twitter on July 18. She wrote that the State Director for Miss World America had accused her of “being racist, Islamaphobic, and insensitive.”

“They stripped me of my Miss Michigan title due to my refusal to try on a hijab in 2018, my tweet about black on black gun violence, and ‘insensitive’ statistical tweets,” Zhu wrote.

A week after her dethroning, the “Women for Trump” appointed Zhu as a member of its advisory board.

“Welcome, Kathy Zhu to the Official #WomenforTrump Coalition Advisory Board!” Women for Trump wrote in a Facebook post on Thursday.

“She is a patriot who has continued to stand for American values despite being stripped of her crown. Thank you for your support of President Trump!” the coalition wrote.

In a statement later released to The Epoch Times, Zhu had described her appointment as a once-in-a-lifetime opportunity.

“I am so excited to be able to join Women for Trump. This is an organization that truly empowers women’s voices and lets us be heard. This is such a once in a lifetime opportunity and I couldn’t be more blessed. I can’t wait to help our president get elected a 2nd term!” she had told The Epoch Times.

Zhu’s decision to not be a part of the coalition has gained a lot of attention on Twitter. Her message has gained over 4,800 likes since being posted on Tuesday—some people called it a good decision and some called it a bad choice.

“I’m sure it was not an easy decision but you have to take care of yourself first before you can take care of others. Good luck and God Bless,” wrote a user, David Colbert.

Another user, Barney Durbin wrote: “Many are sorry to hear that. Too bad you can’t be judged by your abilities. Too bad your political opinions are disqualifying where you are at right now. Intimidation wins. Self preservation. Good luck.”

In a more recent message on her Twitter, Zhu talks about making her “account a place of education, critical debate, compassion, and understanding.”

“We’re often so ignorant of the other side’s POV since we focus solely on ours. I was ignorant once too! So let’s all grow and learn from one another,” she wrote.

Having a different opinion isn’t racist.