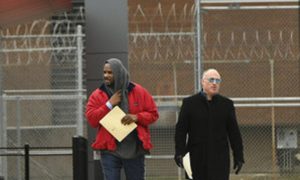 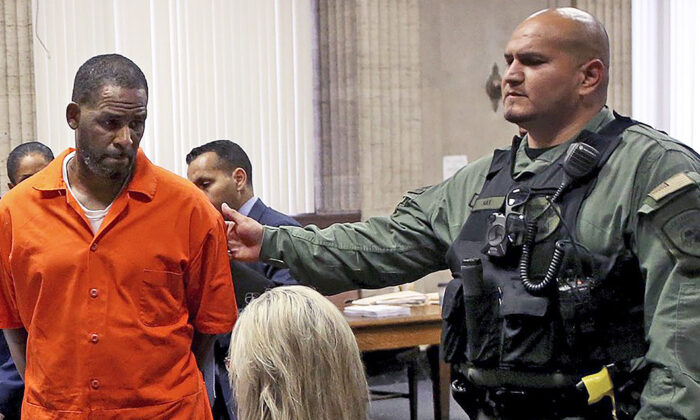 Robert Sylvester Kelly, better known as R. Kelly, filed a motion at Brooklyn Federal Court for his New York federal case to be reconsidered. Kelly hopes a bond can be granted so he can seek medical treatment for his physical and psychological ailments.

“Kelly has a number of health issues which need to be addressed and for which he is not presently receiving adequate medical care,” Criminal Lawyer Steven Greenberg said in a copy of the motion obtained by the Daily News. “This includes numbness in his hand, anxiety and an untreated hernia.”

The singer is accused in the eastern district of New York of participating in a racketeering scheme that was allegedly set up to coerce, kidnap, and transport girls and women over the state border for sex and forced labor, according to the paper.

At the center of these allegations are five so-called Jane Doe victims, three of whom claimed to be minors at the time of their alleged abuse. If convicted on all counts, Kelly could face being sentenced to spend decades behind bars.

Kelly is separately concerned the current arrangement means only one person who is unrelated can visit him at a time over a 90 day period. This means just one of his previous live-in girlfriends can visit him for the first 90 days while the other would have to wait until the 90 days are up, according to the Associated Press.

Even if the New York judge grants him bond, Kelly must also convince a Chicago judge to grant bond before he can finally be released on bail.

In a separate 13-count federal indictment filed in Chicago, Kelly allegedly bribed and intimidated witnesses and victims to influence the outcome of his 2008 child pornography trial in his favor. That trial ended in Kelly being acquitted.

In addition to this, Minnesota prosecutors recently charged Kelly with two counts of solicitation involving a minor in Minneapolis back in the year 2001.

The lawyer added his client has consistently appeared before criminal court hearings and has already surrendered his U.S. passport.

“[Kelly] could not hide or evade surveillance given his fame,” Greenberg said. “[He] has posted a substantial bond in state court, has voluntarily turned himself in on all charges and made no attempt to flee in the face of imminent federal charges.”

Kelly has no objection to being monitored or even detained at his home to remove any “conceivable risk.”

He is due to appear in court for his Brooklyn case on Oct. 2.