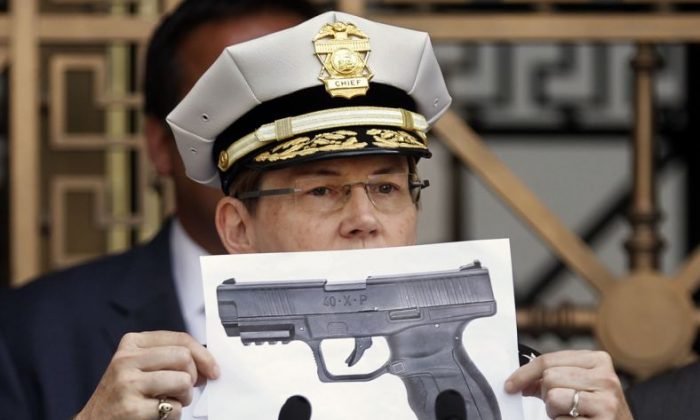 COLUMBUS, Ohio—As authorities investigate the fatal shooting of a 13-year-old black boy, Tyre King, by a white Columbus police officer after a report of an armed robbery, details are emerging about him. Here’s a look:

Tyre was an eighth-grader at Linden-McKinley STEM Academy, a Columbus city school on the north side, a few miles from where the shooting happened. The school has about 500 students in grades 7-12 and focuses on science, technology, engineering and math. Several police officers were at the school Thursday, and counselors were available to talk to students.

Boy, 2, Dies After Accidentally Shooting Self in Chest: Pennsylvania Police

Attorney Chanda Brown, who represents the boy’s family, said “the family is obviously distraught by the murder of Tyre.”

“He loved his family,” Walton said. “He was loved.”

A friend and former neighbor said Tyre often hung out and played basketball at a neighborhood recreation center. Nineteen-year-old Eisha Roberts called him “caring and lovable.”

Attorneys speaking for the family describe Tyre as a typical 13-year-old boy, saying he played football, soccer and hockey, participated in gymnastics and was in a young scholars program. They said he had a slight build and, if anything, was on the small side for his age.

“He was just so excited to be a part of something very, very positive,” said Michael Bell, coach of the youth football team on which Tyre was a first-year player.

The attorneys declined to discuss any previous interaction Tyre had with police, but they emphasized he didn’t have any violent criminal history.

The actions described by police, who say he ran away and pulled out a realistic-looking BB gun, “are out of his normal character,” the attorneys said.

Police say Tyre was carrying a BB gun easily available for purchase at stores. The robbery victim told a police dispatcher that it resembled a particular Ruger semi-automatic pistol.

Police Chief Kim Jacobs said officers carry guns that look practically identical, saying of a replica of Tyre’sgun in a picture, “As you can see, it looks like a firearm that could kill you.”

The attorneys for the boy’s family said they wouldn’t comment on whether he had a gun or tried to pull one as facts are gathered.