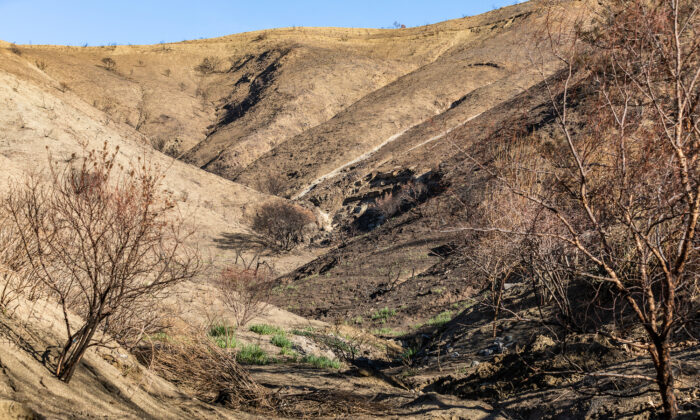 According to the latest drought map released by U.S. Drought Monitor, several counties in Southern California reported improvements in drought levels. However, officials say the drought isn’t over yet.

“The drought conditions the city is facing are serious despite recent wet conditions,” said Anselmo Collins, senior assistant general manager of the Los Angeles Department of Water and Power (LADWP).

Orange County, San Diego County, and Imperial County are all in the moderate drought category. Most of Los Angeles and San Bernadino are in severe drought situations with a very small part in the extreme drought category.

The National Weather Service indicated that California had received more precipitation in the past three months than in the preceding 12 months. The last water year ranked among the driest in California history.

In Los Angeles County, current precipitation already dramatically exceeds that of the previous year, according to the National Weather Service.

The regulations—already in effect in Los Angeles—prohibit residents from watering lawns and landscapes within 48 hours of rainfall, washing vehicles using a hose without a self-closing nozzle, using pipes that have leaks, washing driveways or sidewalks, and watering outdoors between 9 a.m. and 4 p.m.

The new statewide regulation will be in effect for at least one year.

Violators of the new rules may face up to a $500 fine per day.

In addition to the new regulations, the LADWP announced on Jan. 5 its new rate adjustment with an aim to incentivize water conservation.

Customers with high water consumption can expect to see an increase in their rates, according to LADWP.

LADWP’s water rates are in a four-tiered pricing structure. Each tier is tied to customers’ water usage. The more water used, the higher the rate.

Beginning this month, tier 1 and tier 2 customers remaining with the same water usage as last year will pay the same amount. Customers paying tier 3 rates will see about a $1.20 increase for every 750 gallons of water, while tier 4 customers will see a rate increase of $3.60 per 750 gallons.