Despite Pandemic, Churches Persevere, Push Back Against Overreach 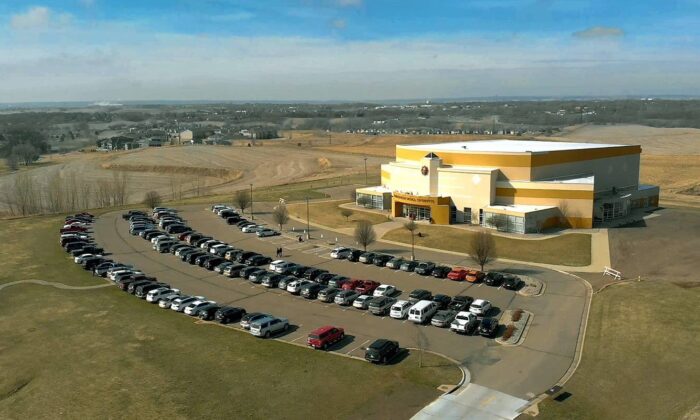 As politicians and lawyers argue over emergency powers claimed by government officials, the faithful are finding ways to cope amid aggressive public health orders that make it difficult or impossible to come together in person for worship.

As religious people go about their daily lives, battles are raging in courts across the land about how far governments can go in their efforts to combat the CCP virus.

Some Americans have been appalled at what they say are examples of government overreach. Before Easter Sunday, a federal judge in Kentucky enjoined Louisville Mayor Greg Fischer from enforcing a sweeping social-distancing order that banned drive-in church services.

On April 18, a federal court in Kansas granted a temporary injunction against an executive order limiting church gatherings to 10 people, Fox News reported. The order came a week after the state’s supreme court ruled in favor of Gov. Laura Kelly, a Democrat whose order was reversed by a Republican-led panel of state lawmakers.

Kansas Attorney General Derek Schmidt, a Republican, said he supported the federal court ruling, which he said was “a much-needed reminder that the Constitution is not under a stay-home order and the Bill of Rights cannot be quarantined.”

He added, “The Constitution protects our liberties especially during times of crisis, when history reveals governments too quick to sacrifice rights of the few to calm fears of the many.”

The Trump administration is siding with the churches, which argue First Amendment rights are being abridged by overreaching executive orders by governors and mayors.

U.S. Attorney General William Barr has been monitoring government regulation of religious services. On April 14, he weighed in by issuing a statement.

Even in times of emergency, “the First Amendment and federal statutory law prohibit discrimination against religious institutions and religious believers,” Barr wrote.

“Thus, government may not impose special restrictions on religious activity that do not also apply to similar nonreligious activity. … Religious institutions must not be singled out for special burdens.”

Cary Gordon, senior pastor at Cornerstone World Outreach in Sioux City, Iowa, said on April 18 that he planned to go forward with a Sunday church service the next day, as he has been doing in recent weeks.

“After this Sunday, I have a meeting with our attorneys to discuss moving back inside instead of our parking lot services we have been doing,” Gordon told The Epoch Times.

“Our decision will be based upon the illness in our county. It will not be made by the government.”

Gordon, a prominent religious leader in Iowa, shared his thoughts online on March 20 after the various lockdowns began across the country, in a statement that some other religious leaders have echoed.

The pastor was responding to a March 17 edict by Iowa Gov. Kim Reynolds, a Republican, that declared a public health emergency and prohibited mass gatherings of more than 10 people, including those of a “community, spiritual, [or] religious” nature.

Gordon wrote, “We have altered our Sunday services in a way that gracefully accepts her proper desire to protect our citizenry, while simultaneously rejecting the unconstitutional portion of that same problematic proclamation.

“We will demonstrate how a local church is quite capable of exercising wise self-government, free from civil government interference, and meeting together in a way that will protect everyone and keep them safe and healthy.

“We are taking the Coronavirus very seriously and desire as much or more than anyone to ensure YOUR safety and health during this difficult time. Yet, to the consternation of some, we believe we MUST go to church together.”

Some churchgoers shared their views with The Epoch Times.

In Tennessee, Scott Ballinger said he had “two watch party/streaming options in the morning.” Churches have been shut down in the state since Gov. Bill Lee, a Republican, issued a stay-at-home order last month, and “we’ve been consigned to the cyber-catacombs ever since.”

Californian Victoria Silva Howard said her church was “still live-streaming, but if we don’t resume soon, I say it’s time to initiate house groups. The early Christians didn’t tolerate restrictions on their worship, and neither should we.”

Katherine Schoonover, the Virginia-based founder of Political Speech, a social media platform for political discussions, said her local diocese has suspended services for the time being.

“Our individual churches are going online,” she said. “My family does morning prayer on a conference call together too.”

Marylander Stephen DeMauri said he was using technology to satisfy his spiritual needs during the pandemic.

“Given the suspension of public Masses, I will watch a livestream or recording of a Mass,” noting the Mass is essential to his religious belief.

Another Maryland resident, Hyoun Jung Cho, said it’s difficult not to have a church to visit every Sunday.

“I miss the companionship, and to a lesser extent, the snacks,” she said.