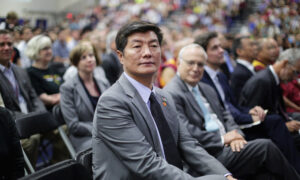 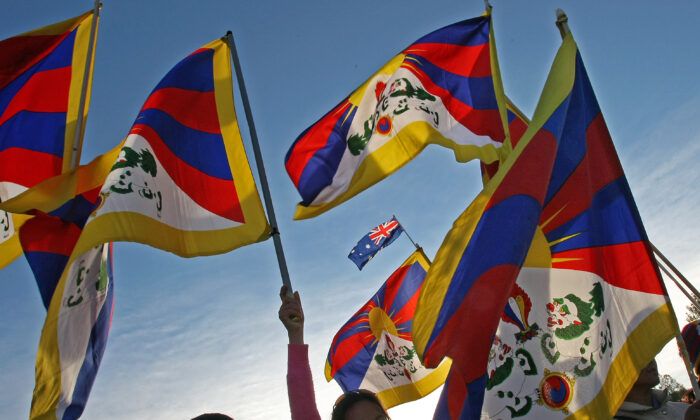 Deadly floods ravaged Zhengzhou, the provincial capital of Henan Province in central China, affecting millions of Chinese residents. As of July 29, the official death toll was 99, but the actual number may be much higher due to Beijing’s strict censorship.

Despite the devastating floods, Chinese leader Xi Jinping left mainland China for a three-day trip to Tibet from July 21 to 23. He is the first CCP (Chinese Communist Party) leader to officially visit Tibet in 30 years.

Xi traveled to Tibet via the Sichuan–Tibet Railway, Tibet’s first high-speed train that connects its capital city of Lhasa to Sichuan, China. He traveled first to Nyingchi before making his way to Lhasa. Xi’s ride on the Sichuan-Tibet high-speed railway highlights its importance for the CCP’s future developments in the region.

There are three key segments of the long-anticipated railway. The first segment between Chengdu and Ya’an opened in December 2018. The second segment from Nyingchi to Lhasa opened in June of this year. The third segment from Ya’an to Nyingchi is scheduled to be completed in 2030, and it is the most difficult section to build. It crosses the Hengduan Mountains and the Sanjiang River Basin, and then passes through the high mountains and deep valleys in eastern Tibet.

The CCP relishes any opportunity to draw attention to their advancements in infrastructure and economic prosperity, and Xi’s voyage through Tibet on the developing railway is no exception. Once completed, I believe the Sichuan-Tibet Railway will serve the CCP in three key functions: military, mining, and population redistribution.

As a young man, I spent many years working in Tibet as a field geologist, and in between my months of expeditions, I traveled multiple times between Tibet and the mainland. In the years of expeditions through Tibet, I shared many conversations with the locals.

The eastern section of the highly disputed 2,100-mile Sino-Indian border happens to be in the Nyingchi area. Amid strained relations between India and China, Xi’s visit sends a clear message that the CCP will not back away from the conflict.

The two key aspects of the border dispute are infrastructure and military. In order to keep up with China, India is frantically developing its own infrastructure in the nearby border region of eastern Ladakh. These infrastructure developments on either side are largely due to military concerns and an anticipated conflict between India and China.

The lack of infrastructure in the region severely restrained the CCP’s past military operations against India. In 1962, the CCP raided India in what would come to be known as the Sino-India war of 1962.

When I was working in Nyingchi as a field geologist in the mid-1980s, some of the friends I made were local Chinese army officers who had been stationed in the area. They told me of their experiences fighting in the Sino-Indian war. They said China prepared for war in Nyingchi and Shannan for nine months.

They said that once the war started, the CCP’s ammunition ran out in three weeks, and the logistics chain of their military was completely unable to keep up. Without the necessary supplies, the CCP army was forced to unilaterally announce a truce and withdraw from the war.

They told me how after the logistics supply reached Linzhi from China via car, supplies had to be hand-carried by local Tibetans who walked for at least three days before reaching the battlefront.

The new railway development could efficiently transport supplies, which would greatly support military operations in the region. In this recent trip, photos released by state-run media Xinhua show Xi meeting with Zhang Youxia, a vice chairman of the Central Military Commission and a senior general in the People’s Liberation Army.

Amid tense Sino-Indian relations in the past year, Xi’s visit sends a clear message to India: Beijing plans to build up its infrastructure and military presence in the border region.

The copper mines in eastern Tibet are not of especially high grade, but there is a large quantity of copper. Tibet’s copper reserves rank third in the world, and the CCP is eager to capitalize on the region’s natural resources.

In the past, the cost of mining in Tibet was astronomical due to reliance on road transport. The construction of a high-speed railway greatly decreases the cost and increases the speed of mining transport in the high altitudes of remote Tibet.

In addition to copper, there are other non-ferrous metals and rare metal minerals. On-site smelting requires a sufficient power supply. Therefore, in recent years, the CCP has built hydropower stations in the Sanjiang River Basin and plans to build a large hydropower station on the Yarlung Zangbo River in Linzhi. These hydropower stations can meet the power consumption of the railway, and also prepare for the future development of metals in the region.

The Three Rivers Basin in eastern Tibet has a sparse local population, and in most areas, the climate and terrain are not suitable for most people to inhabit due to its high altitude and extreme weather conditions. However, Nyingchi, Bomi, and Chayu, located south of the Yangtze River in Tibet, are exceptions. The mountains are densely forested, the altitude is relatively low, the rainfall is abundant, and the temperature is moderate.

The whole area is 31,000 square miles, which is not much smaller than Ningxia, Jiangsu Province. There is a possibility that Beijing would send over several million mainland Chinese citizens to this area. At the moment, the entire territory of Tibet has a population of barely 2 million.

For 70 years, the CCP has controlled Tibet and its people, and violated its promises of autonomy for the region. Xi’s visit and the CCP’s massive investment in infrastructure developments indicate that they will continue to exploit Tibet in the coming decades.