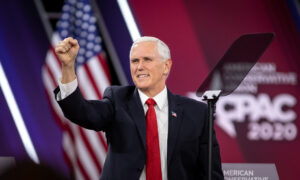 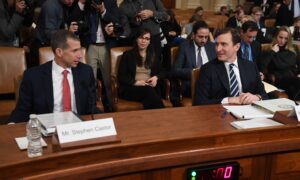 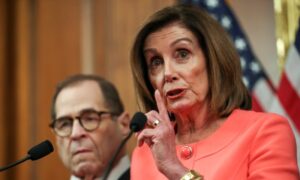 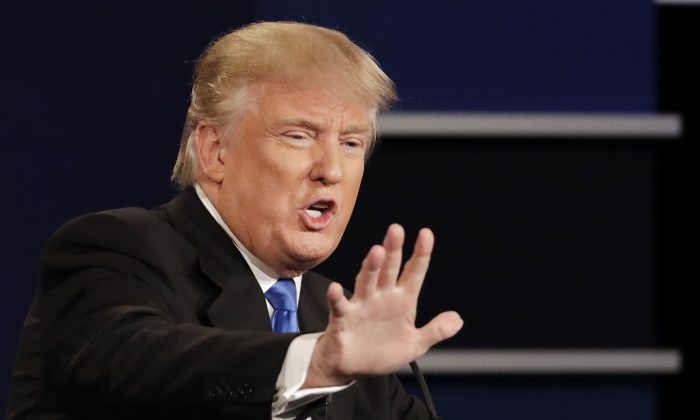 COUNCIL BLUFFS, Iowa—Unmoved by harsh debate reviews, a defiant Donald Trump showed no sign Wednesday of making any big changes before his second faceoff with Hillary Clinton, pressing ahead with a strategy focused on speaking directly to his white working-class loyalists across the Midwest.

Democrat Clinton, meanwhile, pushed to improve her standing among younger voters with the help of the president, Sen. Bernie Sanders and other key allies, 48 hours after her debate performance that seemed to spark badly needed enthusiasm.

Those closest to Trump insisted the Republican presidential nominee was satisfied with Monday night’s debate, even as prominent voices within his own party called for more serious preparation next time following an opening confrontation marked by missed opportunities and missteps.

“Why would we change if we won the debate?” former New York Mayor Rudy Giuliani, a key Trump ally and traveling partner this week, told The Associated Press. “Donald Trump is going to prepare for debates the way Donald Trump prepares for debates.”

The next debate is 11 days away.

Unlike Clinton, Trump is not planning to participate in any mock debates, although he is likely to incorporate what one person described as “tweaks” to his strategy.

Specifically, Trump is likely to spend more time working on specific answers and sharpen his attacks after spending much of the first meeting on defense, said that person, who spoke on condition of anonymity to discuss internal campaign strategy.

That may not be enough to satisfy concerned Republicans.

Former House Speaker Newt Gingrich said Trump should have been better prepared and he recommended that the candidate work harder with skilled coaches. He said, “What you need is people who are professional debaters.”

South Carolina Sen. Lindsey Graham said simply: “The only advice I could give him, and take it for what it’s worth: Prepare better.”

The New York businessman struggled to attack Clinton consistently on the debate stage Monday night, but he has lashed out at her aggressively in the days since. He attacked her record as the nation’s chief diplomat during a Wednesday appearance in Chicago. He went further at a later rally in Iowa.

“If she ever got the chance, she would put the Oval Office up for sale,” Trump told hundreds gathered in a Council Bluffs convention hall the day before early voting begins in the battleground state.

He also mocked Clinton’s lighter campaign schedule. The Democrat conceded during the debate that she had taken some time away from the campaign trail to prepare for their first debate stage meeting.

“You see all the days off that Hillary takes? Day off, day off, day off,” Trump charged, adding a swipe at his opponent’s recent bout with pneumonia that nearly caused her to collapse. “All those days off and then she can’t even make it to her car, isn’t it tough?”

Throughout his outsider presidential bid, Trump has refused to deviate from a strategy hinged on an ambitious travel schedule packed with massive rallies that draw overwhelmingly white crowds.

Clinton, meanwhile, sought Wednesday to parlay her widely praised debate performance into stronger support from women, young Americans and other critical voter groups. She got help from her party’s biggest stars.

President Barack Obama hammered the billionaire over his business practices and treatment of women in an interview aired on Steve Harvey’s radio show, which is particularly popular among black audiences. The Democratic president said his own legacy was “on the ballot” in November. He also suggested that Clinton wasn’t getting enough credit, possibly because she’s a woman.

And his wife, first lady Michelle Obama, accused Trump of trying to undermine her husband’s presidency for years by questioning his birthplace. Trump publicly admitted the president was born in America for the first time earlier in the month after spending years raising questions about the authenticity of Obama’s birth certificate.

“Trust me, a candidate is not going to suddenly change” once in office, Mrs. Obama said at a rally for Clinton in Pennsylvania.

Hoping to broaden her appeal among “millennials,” Clinton joined her primary rival, Vermont Sen. Sanders, on the trail for the first time since they held a “unity” rally in July in an attempt to heal divisions within the Democratic Party. Since then, Clinton has struggled to win over young Americans who formed a critical pillar of the coalition that twice elected Obama.

“None of this will happen if you don’t turn out and vote,” Clinton said at the University of New Hampshire, after a quick hug with Sanders. He declared, “It is imperative that we elect Hillary Clinton as our next president.”

Trump’s team on Wednesday was hoping to regain its footing after he veered into problematic territory the day before, when he revived his decades-old criticism of a former beauty pageant winner for gaining “a massive amount of weight.”

Clinton and other Democrats were hoping voters wouldn’t forget.

“You had somebody who basically insulted women, and then doubled-down,” Obama said.