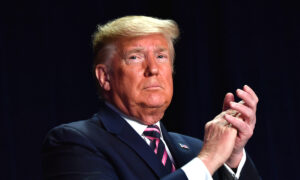 The Reason They Support Trump Isn't About Trump
0 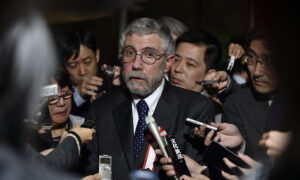 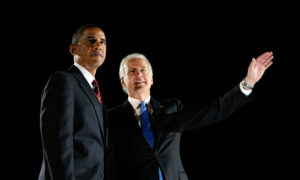 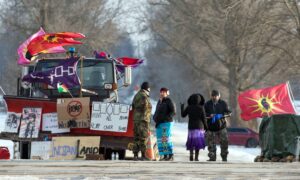 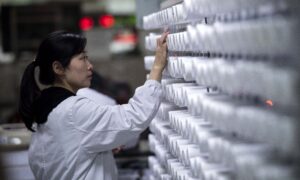 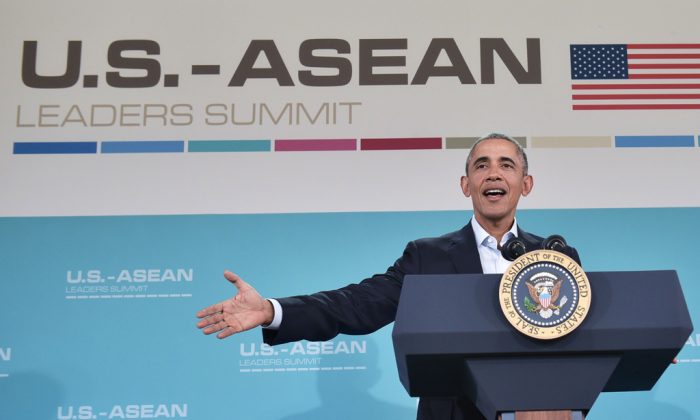 President Barack Obama at a press conference following a meeting of the Association of Southeast Asian Nations (ASEAN) at the Sunnylands estate in Rancho Mirage, Calif., on Feb. 16, 2016. (Mandel Ngan/AFP/Getty Images)
Opinion

Despite Chinese Shadows, Southeast Asian Friendship With US Worth Cultivating

US has strengthened political, cultural, and commercial ties with ASEAN that will last long after Obama leaves office

WASHINGTON—Barack Obama heads to Laos in Southeast Asia for his last meeting as president with leaders of the Association of Southeast Asian Nations as well as its offshoot, the East Asia Summit. Given China’s success in preventing ASEAN members from raising contentious territorial issues, the coming summit promises to lack drama. Yet Obama’s steady improvement in U.S. relations with the group will leave long-lasting effects.

To be sure, the meeting has little of the high symbolism or strategic weightiness of the historic February 2016 U.S.-ASEAN Summit, the first ever in the United States, held at the marvelously named Sunnylands—in Rancho Mirage, California, no less. The poignancy was all the greater because the president’s summit guest was China’s President Xi Jinping. Inevitably, many saw the summit and the selection of Sunnylands as a sign of Washington’s “strategic messaging” in the face of China’s assertive actions and extravagant claims to the South China Sea, claims decisively rejected by the Permanent Court of Arbitration in July.

Despite frustrations, even exasperation, about ASEAN’s snail-paced decision-making, lack of consensus on issues such as the South China Sea disputes and relentless meeting schedule, the United States gains strategic and foreign-policy benefits from engaging ASEAN and stands to lose much if it moves to the sidelines. The Obama team has been wise to pursue improved relationships with all Southeast Asian countries including, controversially, Burma/Myanmar, whose State Counselor and Foreign Minister Daw Aung San Suu Kyi, visits Washington later in September. For the first time in roughly a generation the U.S. has full diplomatic relations with every ASEAN capital, and Obama, on arriving in Vientiane, Laos, will become the first sitting president to visit each Southeast Asian capital during his terms in office. And signing ASEAN’s Treaty of Amity and Cooperation, assigning an ambassador to the organization, and participating in the various and reportedly tedious regional meetings that address Asia-Pacific issues are solid moves.

But modern Southeast Asia is not just for strategy anymore. And seeing the region primarily through the lens of the South China Sea or competition with China would be simplistic.

ASEAN’s 10 members have a combined economy of $2.5 trillion—third in Asia after China and Japan.

ASEAN’s 10 countries have a combined economy of $2.5 trillion—third in Asia after China and Japan. Together, they represent the seventh largest economy in the world, and ASEAN’s per capita income is more than double India’s. For the last decade, this economy has grown at a rate second only to China’s. Sure, there are wide income disparities among and within countries, but ASEAN is not alone. The potential for future growth is good given young populations—in sharp contrast with rapidly aging populations across northeast Asia—and governments which are open to making reforms and participating in the global economic system. Four ASEAN members—Brunei, Malaysia, Singapore, and Vietnam—are already signatories to the Trans-Pacific Partnership (TPP). Thailand, the Philippines, and Indonesia have expressed interest in joining down the line. Even if the TPP faces domestic U.S. stumbling blocks in the short-term, Southeast Asian aspirations point to an interest in both regional and global integration including U.S.-supported high-standard agreements such as TPP. This stands in sharp contrast with China’s rejection of adopting high labor or environmental standards.

U.S. investment in ASEAN is about $200 billion, more than that in China, India, South Korea, and New Zealand combined.

Even absent a deal this year on TPP, ASEAN has robust commercial ties to the United States. Bilateral trade in goods and services is nearly $100 billion. The grouping ranks among the top few U.S. trade partners in any recent year; 21 U.S. states send at least $1 billion in goods exports to ASEAN each year. Some 560,000 American jobs, or 7 percent of all U.S. jobs from exports, are supported by trade with ASEAN. The stock of U.S. investment in ASEAN is around $200 billion—more than U.S. investment in China, India, South Korea, Hong Kong Taiwan, and New Zealand combined. And ASEAN countries have invested almost $30 billion in the U.S.—a growth of 1,400 percent over the past decade—making products, providing services, and creating jobs. An example is Malaysia’s Genting Group, with its new leisure and gambling facility in New York creating an estimated 1,300 jobs. There are scores of other Southeast Asian business across the U.S. Travel and tourism between the U.S. and ASEAN is growing: More than 3 million Americans travel in the region, and visitors from ASEAN spend $4 billion annually in the United States.

Another underappreciated element of the U.S.-ASEAN connection comes from “ASEAN Americans”: Out of a total of 17 million Asian-Americans, 6 million identify with an ASEAN ethnicity, or about 36 percent. Some of these ASEAN ethnicities are among the fastest growing foreign-born populations. And 18 U.S. states have populations in which over 40 percent of Asian Americans claim an ASEAN country ethnicity. These communities contribute to the next generation of U.S. voters, with ASEAN-Americans accounting for nearly 11 percent of new citizenships through naturalization. American and Southeast Asian communities are becoming connected through sister-city, state, and municipal relationships. Elected and other officials from states like Arizona, South Carolina, and Wyoming travel to Southeast Asia to drum up business as well as to nurture cultural and educational links.

Almost 50,000 Southeast Asians studied in the United States during the past school year, a growth rate of 30 percent over the past decade, and contributed $1.4 billion to the U.S. economy. Vietnam, a country with which the U.S. has normalized relations in the past 20 years, is the eighth largest source of foreign students worldwide, and depending on the year, Indonesia, Thailand, and Malaysia are among the top 25. President Obama’s Young Southeast Asian Leaders Initiative (YSEALI) is a major effort to connect the next generation of Southeast Asian young professionals, artists, entrepreneurs, and others with one another and engage with Americans to create a vision of a shared future.

No ASEAN Consensus on South China Sea Despite Rounds of Talks

The initiative’s innovative approach takes advantage of Southeast Asia’s “youth bulge” and works with a new generation to move beyond old attitudes and habits for a more dynamic and integrated U.S.-Southeast Asian future. With 500 Southeast Asian students and professionals coming to the U.S. under the program each year, the initiative’s academic fellows form long-term relations through participating in academic, leadership, and community service institutes with peers at universities and colleges across America. Meanwhile, YSEALI professional fellows work in U.S. nonprofit organizations and government offices across the country. The benefits of soft-power engagement for both the U.S. and Southeast Asia are incalculable, connecting and building generations of fresh networks.

Finally, as ASEAN countries increasingly integrate with the world and with one another, becoming more active internationally—for example, Indonesia is a member of the Group of 20 leading economies meeting in China just before the East Asia Summit in Laos—the U.S. must work closely with these governments and societies on issues ranging from health epidemics and natural disasters to countering terrorism and climate change.

So the U.S.-ASEAN relationship on the eve of Obama’s final visit as president is promising at the strategic, bilateral, and global levels. At the end of the day, the strength of bilateral relationships with each of the 10 Southeast Asian countries is key, but moving beyond a single strategic issue and recognizing the myriad productive ways in which the U.S. and ASEAN connect and act is critical. The fact that such a diverse group living under China’s shadow is eager to maintain close and long-term relations with the United States is a valuable gain that needs nurturing.

Satu Limaye is director of the East-West Center in Washington and senior adviser for the CNA Corporation. He also directs the Asia Matters for America initiative. Copyright © 2016 YaleGlobal and the MacMillan Center. This article was originally published on YaleGlobal Online.