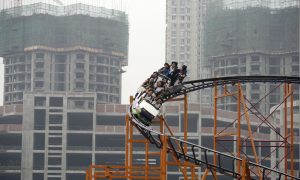 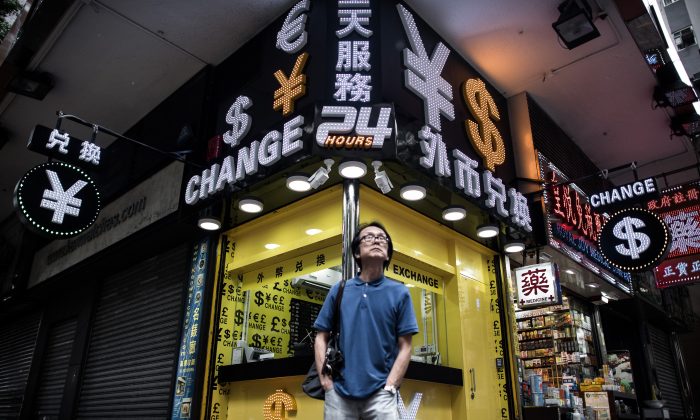 More than a week after the devaluation of the Chinese yuan, most observers still think the 3 percent drop in the currency was meant to promote exports and also appease the International Monetary Fund.

And most likely the frantic actions of the People’s Bank of China (PBOC) in recent weeks probably have to do with falling exports. However, the actions are aimed and holding together the trade finance complex suffering from an acute dollar shortage rather than boosting actual sales abroad.

This is an interesting dynamic often overlooked in contemporary analysis. During the last couple of days we saw several liquidity injections in the range of 110 billion to 120 billion yuan ($20 billion) into the commercial banking system. On top of that, the PBOC channeled 93 billion actual U.S. dollars (not yuan) into two banks directly.

The injections together with the falling currency (dollars are bought) means China’s financial system is severely strapped for dollars.

Crashing exports (down 8.3 percent in July over the year and stagnant since 2012) mean fewer dollars entered the country. In the meantime Chinese firms have increased borrowing in dollars during the timeframe to make up for the shortfall.

Goldman Sachs highlighted at the beginning of the year: “A large part of the external debt appears to be trade-related (for example, letters of credit and trade credit)—this amounts to about $465 billion [as of the third quarter of 2013], or 4.5 percent of GDP. … This kind of external credit may also be associated with foreign exchange mismatch [and adds currency risks].”

Indeed $465 billion does not sound like much, but this is China, where every dollar is pledged and repledged several times, also to finance domestic investment. To make matters worse, the dollar shortage is actually global, as the Fed’s move to stop quantitative easing reduced international money flows to emerging markets. The trade-weighted dollar index rose more than 20 percent since the Fed started to reduce quantitative easing at the end of 2013.

It would also explain the incessant selling of foreign exchange reserves by the PBOC to support Chinese private sector dollar demand: The reserves are down by $317 billion since August 2014, according to Bloomberg. Everytime the PBOC sells dollars from its hoards it receives yuan in exchange. Because of the intricate dynamics of the central bank’s balance sheets, this actually means the base money stock goes down and liquidity decreases. Hence for all the dollar sales, you get domestic injections of liquidity to make up for the shortfall.

And even China’s massive $4 trillion pile might not last forever.

Jeffrey Snider of Alhambra Investment Partners said: “The outflows have been tremendous. There is no guarantee that this will remain stable, and if conditions worsen, it could grow exponentially into a run.”