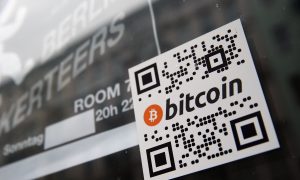 Leaked Emails Detail How Spyware Could Track Your Bitcoin History
0 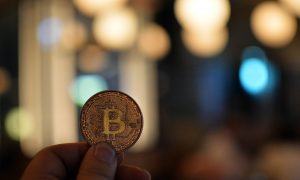 The Corrupt History of Mt. Gox, Once the Largest Bitcoin Exchange in the World
0 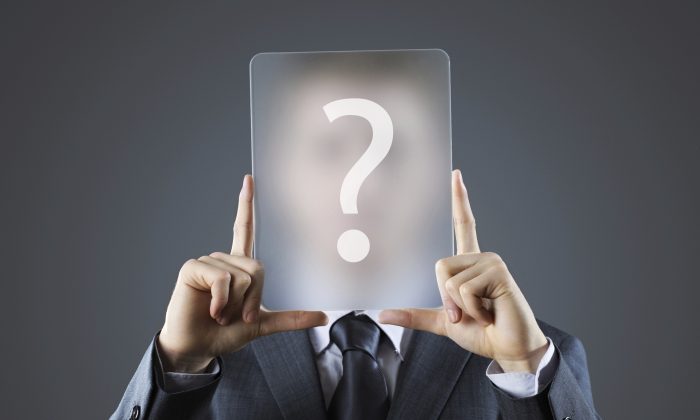 In 2008, someone calling themselves Satoshi Nakamoto posted a paper describing the workings of what would become the world’s most important digital cryptocurrency, Bitcoin. Two months later, he posted the code for the first version of the software that would allow people to create and exchange the currency.

The paper was revolutionary because it brought together ideas that people had been working on in the area of digital currencies. It solved the problem of exchanging money in a safe and secure way, without having to trust third parties or even the other person in the deal.

But who was the enigmatic author? Who was Satoshi Nakamoto? The paper was written in a style that referred to “we” rather than “I.” This could have been a ruse. But if not, it suggests there was more than one person behind the idea of Bitcoin.

Over the next two years, the person (or persons) calling themselves Satoshi Nakamoto worked with volunteers to refine the software until one day in April 2011, the communications stopped.

The Roller-Coaster Ride of Bitcoin

Since that time, Bitcoin has seen a meteoric rise and fall in value. It hasn’t yet disrupted the global financial system, but it has persisted nonetheless. In part, this ongoing interest in the currency has been fueled by China, whose market for Bitcoin represents 81 percent of the entire Bitcoin trading volume.

But why is revealing the true identity of Satoshi Nakamoto so important to many people?

As with almost everything connected to Bitcoin, the answer is complicated, and in all likelihood, will remain unanswered until the person or persons behind the Satoshi Nakamoto identity step forward and try and prove that they are Satoshi.

The internet age has given us the ability to get instant answers to almost any question anyone cares to ask. With Satoshi Nakamoto, there are many unanswered questions.

For instance, the fact that we live in an age of technological superstars such as Microsoft’s Bill Gates, Facebook’s Mark Zuckerberg, Google’s Larry Page and Serge Brin, Apple’s Tim Cook and others. The idea that someone could bring a technology as important as Bitcoin into the world without taking credit for it, is unheard of. Why was their anonymity so important?

Various theories have been put forward for this including the fact that the inventors may have been concerned about the illegality of creating an alternative currency.

This would have been true at the time when digital currencies were being investigated for their capacity to support money laundering and other criminal activities. But this theory doesn’t explain why they would wish to remain anonymous today, now that Bitcoin has largely been accepted, even with its association with cybercrime.

Another theory is that Satoshi Nakamoto was concerned that Bitcoin should be a truly open source project that didn’t have leaders to dictate how it should function and evolve.

This perspective does have merits but part of the reason the Bitcoin community could be wishing for the appearance of a real leader who can lay claim to the title is that there is currently a split within the Bitcoin developer community, which is undecided on how the future software should work.

These arguments arise in other projects such as the operating system Linux for example but in Linux’s case, there is a leader, the inventor, Linus Torvalds, who can act as the ultimate arbiter in these disputes.

Show Us the Money

Probably the most intriguing question, however, and possibly the motive behind the interest by the media, is the whereabouts of one million Bitcoins that Satoshi Nakamoto is reported to have access to. At current market values, that is worth US$420 million. This trove doesn’t appear to have been touched and, again, the question has been asked as to why not?

Rise of Cryptocurrencies Like Bitcoin Begs Question: What Is Money?

One theory here is that the selling of the Bitcoins would possibly link back to unmask the identity of Satoshi Nakamoto. Another view holds that the Bitcoin founder would not want to send a selling signal to the market by offloading large quantities of Bitcoin.

Another question that has been raised in regard to the Bitcoins, and in particular the idea that Australian businessman Craig S Wright could have been Satoshi Nakamoto, has been the possibility that this was what motivated the Australian Tax Office to ask police to raid his home and office.

However, it is likely that the ATO’s interest in Wright was for his involvement in many different companies and their tax obligations rather than anything specifically to do with Bitcoin.

Not the Real Satoshi

As to any claims that Wright is Satoshi Nakamoto, further evidence has surfaced that points to this being an elaborate hoax. Encryption keys that were used to link Wright back to Satoshi Nakamoto were most likely created far more recently than claimed and made to look like they came from an earlier date.

There have been many possible “sightings” of Satoshi Nakamoto based on a number of different possible leads. There are as many people seemingly hoping that the inventors’ identities will not be revealed. The mystery and enigma is very likely to be far better than the reality.

On the other hand, there are the others who hope that the “Steve Jobs of Bitcoin” will step forward and drive Bitcoin, and its underlying technology, to new heights.

Personally, I think it is better that Bitcoin remains a project that the community ultimately drives because that idea seems closest to the original intention of Satoshi Nakamoto.