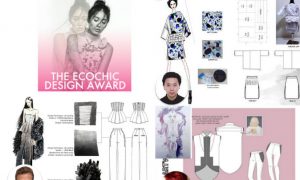 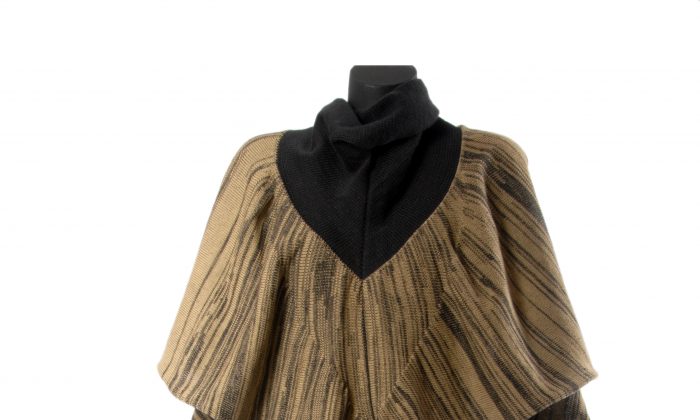 Designing With the Perfect Tool: The Golden Ratio as It Applies to Fashion

I must confess, mathematics has never been my forte; and I must confess this to those who might think that understanding and using the golden ratio has anything to do with being good at math or geometry. This applies especially to the use of the golden section in garment design.

This way of dividing a line or a shape is said to result in the most harmonious proportions.

It is surprising how little this magical proportion has been adopted in fashion design.

It comes as no surprise that artists, architects, designers, and lately even plastic surgeons have been using this same proportion to achieve balance, harmony, and beauty. What is surprising, however, is how little this magical proportion has been adopted in fashion design, considering that we use clothes to cover our human bodies.

But this way of dividing anything, from a line to geometrical shapes, is already embedded into our psyches because these proportions appear in the growth of organic things—all around us and within us as well.

Fashion designer and sculptor, Julianna Turcu (who also happens to be my mother and co-designer in my early years of fashion design study) has dedicated the last 30 years to developing a system of designing garments by applying the GR. She specializes in knitwear as well as woven fabric garments.

Turcu calls herself a fashion technician and has given private workshops on the subject. Later this year, she will give a series of instructional workshops on the fashion applications of the GR to lecturers at Modeschule Graz (The Fashion Institute of Graz, Austria).

Reconsidering Freedom of the Imagination

“The GR gives me the freedom to create. Before I found it, creating something was all about feeling. But the GR is at the basis of everything. It gives you a method for dividing and joining structures. Because in the process of creation you are never totally free, anyway,” Turcu explained.

I put it to her that perhaps fashion designers are reluctant to apply strict mathematical constraints on the creative process, and they might see following the rule of the GR as a limitation.

But Turcu explained that exactly the opposite is the case because the GR is actually a perfect tool; it allows one to tap into harmonious constructions and a truly endless range of creative possibilities.

When she designs, she uses the golden ratio to cut the fabric into modules. These can be of any number or size but they must be parts of the whole—the initial shape that was cut. What follows is more like child’s play, because the modules can be placed on the body or a dressmaker’s mannequin in an endless variety of combinations and even styles, until the design is finalized.

According to Turcu, it is almost impossible to make a mistake.

The incredible advantage in using the GR is that you get an inherent balance, even in the most outlandish asymmetrical constructions you can come up with as a designer.
— Julianna Turcu - Designer, sculptor

I can attest to this, having used this method in designing many garments, including a collection of knitted garments in my days at fashion school.

“The incredible advantage in using the GR is that you get an inherent balance, even in the most outlandish asymmetrical constructions you can come up with as a designer. It is the only sure way to achieve a harmony that is already intrinsic to the human body and reflects the proportions of the body,” she said.

Knitwear lends itself particularly well to using mathematical progressions such as the Fibonacci series because each loop has a numerical counterpart. One can literally build a three-dimensional garment so that the sculptural shapes emerge out of the fabric due to its harmonious structure.

Ironically, the current technology of industrial knitwear machines and computers would easily allow for this great leap forward, yet methods of cutting a knitted sleeve and then sewing it into the armhole persist.

The community of fashion designers tends to be parochial in its methods of pattern-making and fabric cutting. They have not truly changed for hundreds of years. A sleeve is still a sleeve, cut and fitted the way it has been cut and fitted for centuries with relatively small variations in style and shape. The basic sleeve pattern is still the same.

Designers are used to working by using their observational skills to get measurements, and applying shapes on the human body according to their own tastes and feelings about what looks aesthetically pleasing.

So there is ample room to get it wrong.

Another point to consider is that after cutting shapes out of fabric to complete the pattern, the remaining fabric may not be all used and is wasted.

According to Turcu in designing with the GR, the geometric shape that serves as a sleeve, for example, is like a fractal of the whole, it has a direct relation with the whole and therefore it is always in perfect harmony with the whole. This applies to any part of the garment be it a hood, a collar, and so on.

“When you design with perfect geometric shapes as a starting point, you can, and I think you must, use every bit of fabric, because there are no imperfect pieces. It’s only a matter of how your imagination works to integrate them into the overall design,” Turcu said.

So whether you use the modules in the garment structure or simply as decoration, they will fit perfectly and there should be nothing left over or wasted.

When you design with perfect geometric shapes as a starting point, you can use every bit of fabric, because there are no imperfect pieces.

No wastage—this is surely something that garment designers and manufacturers alike would love to achieve. And it is all within their reach.

The reasons for making use of the magical GR in designing clothes is compelling.

“To use the GR is like having the perfect tool to design with and the perfect starting point for the millions of possibilities of designing,” Turcu concluded.

In the simplest terms, when applied to fashion design, the GR provides the best method of dividing and joining geometrical shapes back together in a harmonious way. Through its use, the designer is emulating natural methods of growth in all living things, which resonates back to us with a sense of inherent order and balance.

The fashion industry would undoubtedly benefit from a re-evaluation in garment construction techniques through the application of the golden ratio and discover its inspiring advantages.

According to Leonardo da Vinci, “The wisest and noblest teacher is nature itself.”

For more information about the practical applications of the GR in fashion design see softorigami.com.