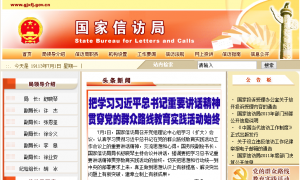 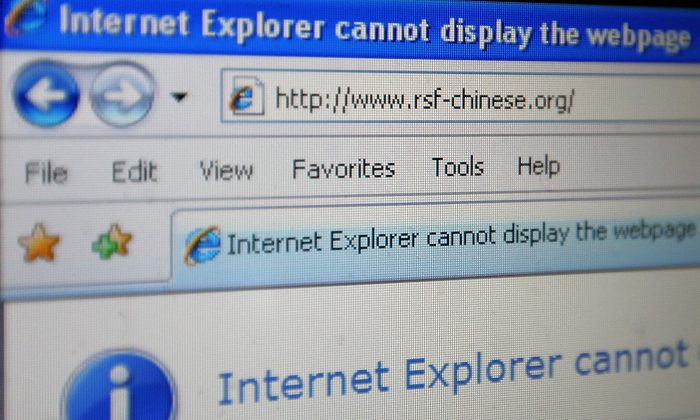 Pictured is the error message given by a computer in China that attempted to open the website of the press-freedom organization Reporters Without Borders, on May 30, 2007. The blocking of selected websites is done by the system built in part by Fang Binxing, the man dubbed as the "Father of China's Great Firewall." (Frederic J. Brown/AFP/Getty Images)
China

The man known as the father of China’s “Great Firewall”—the extensive system for censoring the Internet—has announced his retirement. Netizens heaped abuse on him.

Fang Binxing stated on June 27 that he would resign as president from the Beijing University of Posts and Telecommunications due to serious illness.

“Why would you help the evil side?” wrote netizen “Wulongyuandedashixiong” in response to the news. “Now you are old and are forever branded with a bad name.”

“Fang’s biggest crime is that he has no moral values,” wrote “Aguxiangrikui365.” “By designing that system, he served as an assistant to the [Communist] Party.”

“Hoping that illnesses will eventually triumph over Fang,” wrote “Yixuechahuashiadu.” “He was the one behind China’s Great Firewall—the wall that took away our freedom to think, to access information, and to speak.”

“Lulu sheep” wrote, “This guy not only monitored people but engaged in the creation of the firewall. He’s done much to isolate the country.”

On Feb. 9, Fang wished everyone a Happy Chinese New Year on his Weibo [similar to Twitter] account. The reply he received from netizens was, “get lost.” Media reports say that in the few days after his holiday greeting, Fang received over 25 thousand replies that said “get lost,” or “go to hell.”

He Bing, the vice chairman of the law school of China’s University of Political Science, posted on his Sina Weibo account: “A university president wishes people a happy Chinese New Year on his Weibo and receives tens of thousands of ‘get lost’ messages in reply. China will never have any hope if people like him continue to lead schools.”

In an online poll of the biggest scum in China in 2012, published in January 2013, Fang ranked seventh.

Number one on the list was the disgraced former Politburo member Bo Xilai and number six was the former Chongqing police chief Wang Lijun, two figures Fang is often associated with.

When Wang Lijun fled Bo Xilai and Chongqing in February 2012, Wang ended a long collaboration with Bo and unleashed a scandal that eventually brought Bo down—he has been kicked out of the Communist Party and is awaiting trial—and led to Wang serving a prison sentence.

Sources in a position to know say that Fang Binxing was Bo Xilai and Wang Lijun’s network specialist. Bo Xilai is said to have promised to make him the Minister of Information in the future, after Bo had seized power.

Fang Binxing gave ideas and advice and designed a monitoring network to track the phone calls and emails of high-ranking party members for Bo Xilai—Bo’s monitoring of other Party officials was reported by the New York Times and some Hong Kong media outlets.

Fang had served as a networking expert for Bo and Wang when they were in Liaoning Province—Bo was governor there from 2000-2004. In 2011, Fang named Wang Lijun as a visiting professor at Fang’s university

Feng is reported to be suffering from rectal cancer. “This is your retribution for the evil you’ve done,” wrote netizen Jiamesi.