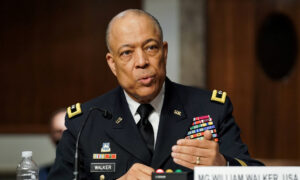 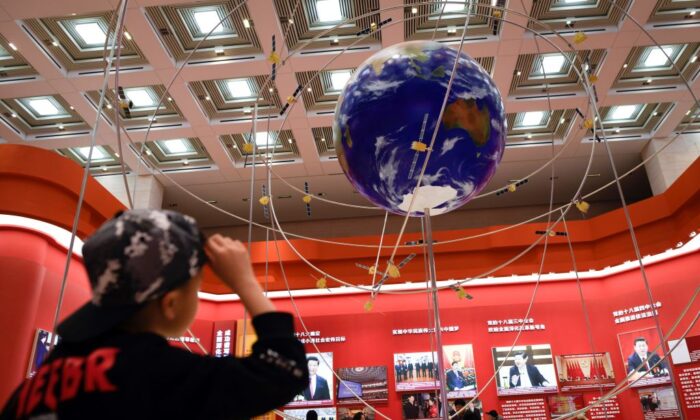 A boy looks at the BeiDou Navigation Satellite System at an exhibition marking the 40th anniversary of China's reform and opening up at the National Museum of China in Beijing on Feb. 27, 2019. (WANG ZHAO/AFP via Getty Images)
Space Competition

Designed to Rival GPS, China’s BeiDou Has Been Exported to Over 120 Countries and Regions

The sales volume of ‘Made in China’ BeiDou chips has exceeded 100 million and related products have been exported to more than 120 countries and regions, according to China’s official report, which also said BeiDou’s role in countering U.S. rival GPS, as well as its significance for China’s national defense strategy, is “beyond description.”

According to Chinese portal site Sina Finance, Chinese satellite navigation system BeiDou No. 1, started in 1994, has formed a chain of industrial development. BeiDou-related products are now providing services to hundreds of millions of users.

Statistics show that more than 7 million road vehicles, 36,300 postal and courier vehicles, 1,400 public vessels, and 350 general aviation vehicles in mainland China have adopted the BeiDou system, according to the report.

According to a recent white paper released by the GNSS and LBS Association of China (GLAC), by the end of 2020, the sales volume of BeiDou-compatible chips and modules had exceeded 150 million pieces, and the total number of terminal products with BeiDou positioning function, including smartphones, had exceeded 1 billion units.

Smartphone models such as Huawei, ViVO, OPPO, Xiaomi, and other Chinese brands all support the BeiDou system.

Strategic Purposes of the BeiDou System

In June last year, the official social media account of the Chinese Academy of Sciences published an article entitled “10 Questions about BeiDou,” and revealed the strategic purposes of the BeiDou system.

The article first makes a lot of comments on the military attributes of GPS, saying that GPS is essentially a military satellite navigation system for the U.S. Air Force and is currently used in almost every weapon that requires positioning in the U.S. military.

The article notes the emergence of the GPS system has contributed to the history of human warfare with several new terms such as “surgical precision strikes,” “targeted killings,” and “decapitation operations.”

“In practice, satellite engineers are not only able to add interference and deception to the signal, but also to disable the service in a certain area, and the pricing and access rights of the chip are also in their hands,” the article adds.

The article emphasizes that the completion of the BeiDou system means that the Chinese Communist Party (CCP) can not only do all the things that GPS can do, “but also be completely unconstrained by others. The significance of this for China’s national defense security is beyond description.”

The article also points out that “there is no real international cooperation in this field.”

Jin Chun, an engineer at the former Huawei Nanjing Research Institute, told The Epoch Times that the primary purpose for the CCP to develop the BeiDou system is for military use.

“In the event of a military conflict between the U.S. and China, if the CCP’s missile system still relies on the U.S. GPS positioning, where the missiles are placed, how they are fired, and in what direction they are fired are all under the control of the U.S. satellites, the battle is certain to be lost before it is fought. This is the main reason for the CCP’s efforts to develop an autonomous positioning system,” he said.

‘Made in China’ Claim Questioned

Yang Changfeng, chief designer of the BeiDou satellite navigation system, claimed in October last year that the BeiDou chips are all made in China and are as good as foreign ones.

However, Lee sees it differently.

He said chip technology is not easy, it is still only owned by a few countries, and China does not have it. Even Taiwan Semiconductor Manufacturing Company (TSMC), a global leader in this field, still relies on the United States for its key technologies.

Lee said the CCP has been developing the BeiDou system for more than two decades, and has relied on the United States for many aspects of its chip research and development.

Lee said he doubted the CCP is capable of competing with the United States the long term.

“The competition in space technology is not a 100-meter or 200-meter sprint, but a 42-kilometer marathon race,” Lee said. “Whether mainland China has enough funding, manpower, and technology to confront the U.S. in the long run, and whether the CCP can support the development of the space sector, are questioned by many countries.”