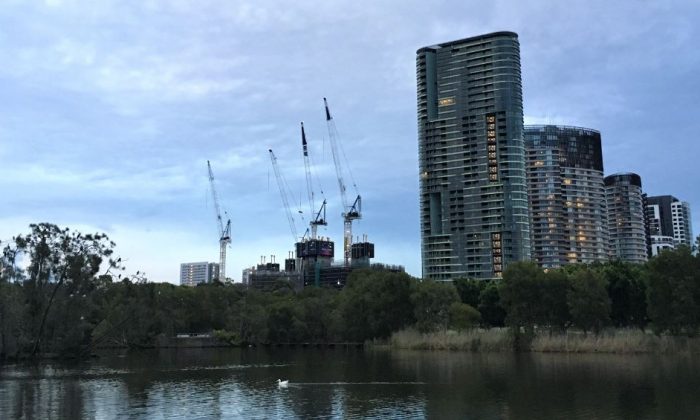 About 300 people were evacuated from Sydney’s Opal Tower on Christmas Eve 2018 amid fears it would collapse. (Screenshot/Google Maps)
Australia

Critical support beams in Sydney’s Opal Tower were left susceptible to “bursting” because they were under-designed and – in parts – made from lower-strength concrete, an independent report has found.

The newly-built block in Sydney Olympic Park was evacuated on Christmas Eve after cracks were found in the building, sparking fears it could collapse.

A NSW government-commissioned report, released publicly on Friday, found that while the building was structurally sound overall, there were a number of structural and construction issues responsible for the damage.

Horizontal support beams in the building were of inferior strength and were not compliant, while the decision to only partially grout between the beams and panels added to the problem.

“We found some of the as-constructed hob beams and panel assemblies were under-designed according to the National Construction Code and Australian Standards,” professors Mark Hoffman, John Carter and Stephen Foster said.

“This left the hob beams susceptible to failure by shear compression and bursting.”

Testing also showed lower-strength concrete was used in some hobs on level four, which “likely precipitated the observed major damage”.

About 150 of the building’s 392 units remain unoccupied.