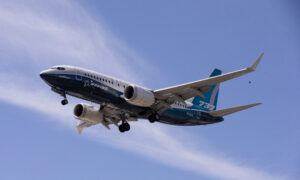 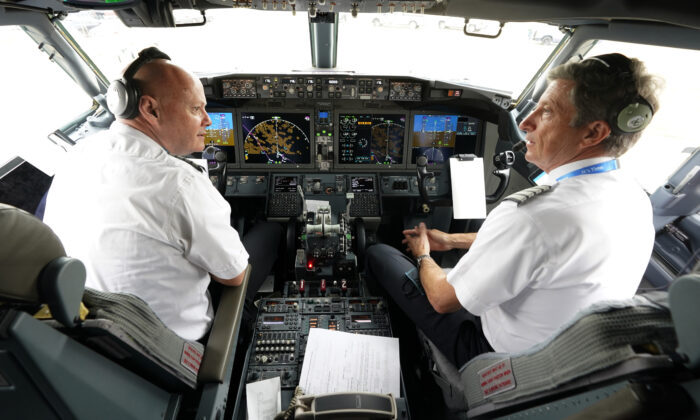 Ottawa has given the green light to Boeing 737 Max’s design changes after completing an independent review, but says the planes will stay grounded in Canada until all safety concerns are fully addressed and satisfied.

Transport Canada announced Thursday that the design changes to be made on the Boeing 737 Max airplanes have been approved with the completion of an independent review by the department’s aviation safety experts—a first step to fly the planes again in Canadian skies after being grounded for nearly two years following two tragic crashes.

“However, the return to service is complex, and Transport Canada must put in place comprehensive safety plans that require additional aircraft changes, maintenance and training,” Transport Canada said in a news release.

One of the changes include the software associated with the Maneuvering Augmentation Characteristics System (MCAS) that resulted in the fatal crashes of Indonesia’s Lion AirFlight 610 in October 2018 killing all 189 passengers and crew on board, and Ethiopian Airlines Flight 302 in March 2019, which killed 346 people.

The MCAS was designed to negate the weight of the Boeing 737 Max’s larger engines that pull the plane down, thus tilting its nose upward at a higher than usual angle. In that scenario, the MCAS can offset the effect by automatically pointing the nose down. (para 7)

However, the MCAS was erroneously engaged and forced the planes’ noses to point down causing the pilots to lose control of the aircraft, leading to the two crashes.

But Transport Canada said the design changes will now include an enhanced flight deck procedure that will give pilots the option to override the MCAS by disabling a loud and intrusive warning system (commonly called the “stick shaker”) when the system has been erroneously activated by a failure in the angle of attack—the angle between the direction that the nose of the airplane is pointing and the direction of the oncoming wind—sensor system.

“This feature will help to reduce pilot workload given what has been learned from the two tragic accidents, and has been fully evaluated by Transport Canada’s flight test pilots,” Transport Canada said. “There will also be differences in training including training on the enhanced flight deck procedure.”

The department expects to issue a Canadian Airworthiness Directive in January 2021 that will mandate the design changes to be incorporated in the Boeing 737 Max aircrafts. It will also issue an Interim Order that requires pilots operating these aircrafts to undergo a revised training program, and airlines to conduct maintenance of these planes.

As of Nov. 18, the U.S Federal Aviation Administration has approved the 737 Max to return to commercial service. Airlines, including American Airlines, said it plans to reintroduce the planes through a phased approach.

“We will begin with non-commercial flights in early December before the official return to service date to demonstrate that the 737 MAX is as safe as every plane we fly at American,” American Airlines said in a statement.

Brazil’s Gol Airlines, on the other hand, began flying passengers with the 737 Max since Dec. 9.

“Transport Canada’s decision to put additional safety measures in place does not imply that a U.S.-configured aircraft is inherently unsafe,” Transport Canada said.

“The commercial flight restrictions for the operation of the Boeing 737 MAX aircraft in Canadian airspace remain in effect and will not be lifted until Transport Canada is fully satisfied that all its safety concerns have been addressed.”