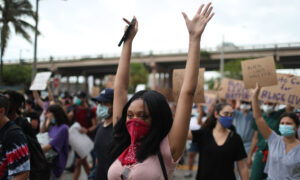 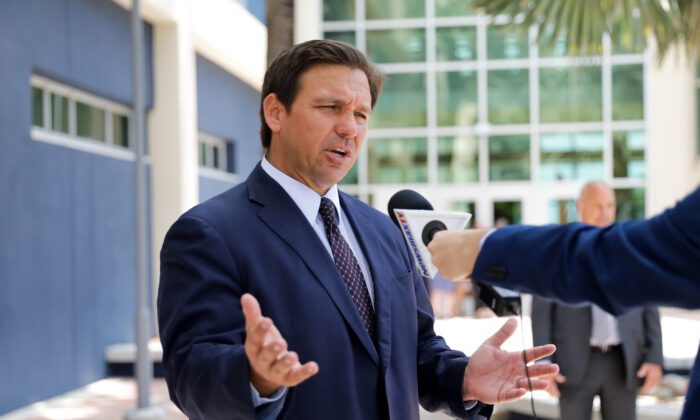 DeSantis: States That Kept Children out of Schools During Lockdowns Destroyed Their Futures

Florida Gov. Ron DeSantis warned that states and districts that kept children out of schools for a lengthy amount of time due to COVID-19-related lockdowns have destroyed their futures, arguing the impact will be long-lasting.

Describing what he views as the “biggest mistake” committed during the pandemic, DeSantis, a Republican, told Fox News that governors “who kept kids out of schools” were “not following science.”

“This is politics and ideology and quite frankly it’s a disgrace. I was in Baker County, Florida. They celebrated the 180th day of being open, the full school year,” the Republican governor asserted during a town hall meeting with Fox’s Sean Hannity. “They did the full school year, finished it today from the very beginning and every single parent from the beginning had the right to send their kids to school in person.”

DeSantis then issued a warning about children being kept away from schools—sometimes for more than a year—in some places like New York state.

The governor made the remarks amid a growing buzz that he may try to run for president in 2024. Conservatives have largely praised DeSantis, who was elected as governor in 2018, for his stance against lockdowns, mandatory mask-wearing, and so-called “vaccine passport” systems—while the governor early on in the pandemic was frequently criticized by Democrats and mainstream media commentators for resisting lockdowns.

In the same town hall event, DeSantis said that there has been a surge of people moving to Florida from all over the United States and that he believes they’ve mostly registered as Republicans.

“The people that buy those phony narratives for these media, they probably aren’t coming to Florida. But most people see through it. But the people that see through it, they think like us. And so, I think a lot of these people are coming. I think they are registering as Republicans overwhelmingly,” the governor remarked. “And I also have come across a lot of people who, quite frankly, were Democrats. The lockdowns turned them into Republicans.”

“People say, ‘I was a Democrat because of education, and I’m in California, and they’re locking my kids out of school. I come to Florida, they’re in school.’ People are free. People are happy,” he said.