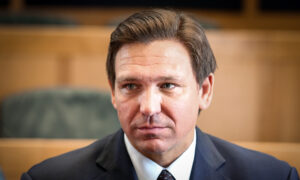 Florida Gov. Ron DeSantis, who has long touted his state’s response to the COVID-19 pandemic, said that the recent increase in COVID-19 cases should be expected.

“It’s a seasonal virus and this is the seasonal pattern it follows in the Sun Belt states,” the Republican Florida governor told reporters at a press conference on Monday, adding that he expects cases to decline starting in August.

DeSantis also said that some public health experts have spread “misinformation” and have offered “bad advice” about the COVID-19 pandemic and vaccines. Those unnamed experts, he said, have undermined their own vaccine messaging by denigrating individuals who haven’t been getting inoculated.

“I do not agree with some of these people, some of these ‘experts’ who lambast people and criticize them or say they’re stupid or something,” DeSantis, who received the Johnson & Johnson single-shot vaccine, told reporters. “That’s not the way to reach folks, OK?”

DeSantis’ comment comes as White House COVID-19 official Jeff Zients said on July 16 that four states, including Florida, accounted for more than 40 percent of all cases in the past week. The cases, he added, primarily involved the so-called “Delta” variant and is occurring among people who are not vaccinated.

The governor has signed a number of orders and bills into law that prohibit certain mandates around COVID-19, including so-called “vaccine passport” systems. Around the same time, DeSantis suspended local COVID-19 emergency orders and said lockdowns are not an effective way to deal with the pandemic.

But several days ago, a federal court voted to stay another judge’s decision ruling that the Centers for Disease Control and Prevention (CDC) cannot enforce COVID-19 cruise ship rules. In March 2020, the agency stopped cruise ships from sailing due to the pandemic.

It came weeks after Tampa-based U.S. District Judge Steven Merryday ruled that the CDC’s rules must be placed on hold. The CDC then appealed his ruling.

“Understand, a positive test is not a clinical diagnosis of illness and so if you’re vaccinated and you test positive but you don’t get sick, well the name of the game is to keep people out of the hospital,” he said.