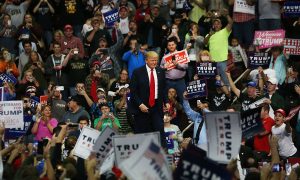 Des Moines Police are investigating the death of an 18-year-old man who was fatally shot in a dispute at a downtown nightclub.

Police were called to the Des Moines nightclub around 3:30 a.m. Sunday to investigate the altercation.

Police Sgt. Paul Parizek says the 18-year-old died at the nightclub after he was shot. The Des Moines man’s name wasn’t immediately released.

The shooting is Des Moines’ first homicide of 2017.