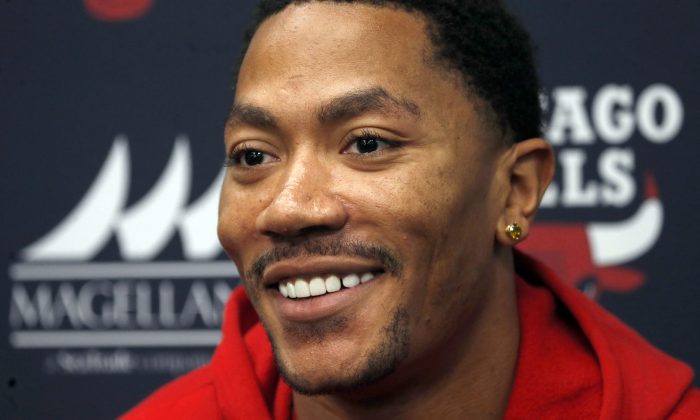 “We expect him to be there that last week of July when we’re choosing the team in Vegas,” Krzyzewski said last week, ESPN reported. “He can’t make the team unless he’s ready to go full bore. And knowing Derrick I would think he’ll be ready, and hopefully he’ll be 100 percent.”

“It’s a fluid group, so you’re always waiting to the end of the playoffs to find out contractually, physically, and family-wise who you actually have,” Krzyzewski said about the Team USA lineup. “It’s a very fluid situation.

The coach said he’s confident that Rose will come back to normal.

“The thing is, he’s had two unfortunate injuries,” Thibodeau said. “I think he’s put a lot of work into his body. So we’re optimistic that he’s going to make a complete and full recovery. Hopefully he’ll have an opportunity to play some this summer with USA Basketball and then we’ll go from there.”

“He’s really in a good place right now and he continues to train. He’s starting to play one-on-one, two-on-two,” said Bulls general manager Gar Forman, according to NBA.com. “So he’ll continue to ramp it up. And if everything goes according to plan — which up to this point it has — we’re optimistic that he’ll play with Team USA this summer and have another good summer of work and be ready to go in October.”