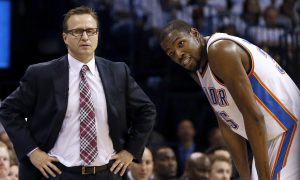 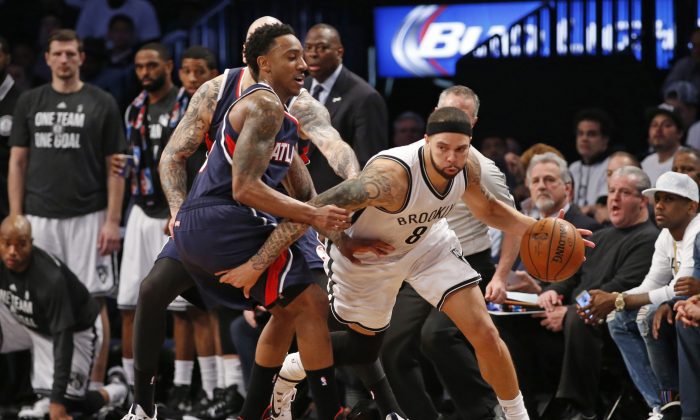 Deron Williams’s 35-point, 7-assist performance Monday night that propelled the Nets to a pivotal 120–115 win in Game 4 against Atlanta not only tied the series, but if eighth-seed Brooklyn does the unthinkable and beats the top-seeded Hawks, it will have validated the whole reason the Nets acquired the three-time All-Star in the first place.

It would also mark the first time since 1999 that the eighth-seed in the East won a series.

Williams, whom the Nets traded Derrick Favors, Devin Harris, and two future first-round picks (Enes Kanter and Gorgui Dieng were later selected) to Utah for in 2011, has seen his numbers drop the past two seasons, down to 13.0 points and 6.6 assists per game this past season. Meanwhile his salary, at $19 million this season, is still on the rise.

It would be fair to say that the Nets haven’t exactly torn up the league since his arrival—not that it’s all Williams’s fault. Brooklyn has taken on plenty of high-salary players the last few years, mostly at the expense of future draft picks, in an effort to build a contender.

Yet last season’s first-round 4–3 opening series win over Toronto is all the postseason success the Nets have to show for it.

Could the Nets, Hollins Pull Off the Improbable?

Meanwhile Williams, who re-upped with Brooklyn in the summer of 2012 to the tune of a five-year, $98 million commitment, has not made the All-Star team since inking that contract—which still has two years and $43 million left on it.

Others have taken notice of how his career has stalled, for whatever reason.

Most recently, the 30-year-old point guard was criticized just before the postseason by former Nets teammate Paul Pierce, in an interview for ESPN, for not being all he could be.

“Before I got there, I looked at Deron as an MVP candidate,” Pierce said. “But I felt once we got there, that’s not what he wanted to be. He just didn’t want that.”

Even if Williams seemed to shrug off the comments, his play talked louder than anything. Through the first three games of the series, Williams shot just 27 percent from the floor, scoring just 3 points in Game 2 and 2 in Game 3—a Nets win that a banged-up Williams (with leg and back issues) was absent the entire fourth quarter from.

Why the Thunder Would Fire Scott Brooks

Whatever was hurting, though, seemed better by Game 4.

Williams hit a trio of threes in the opening quarter as the Nets held a 25–24 lead after one. By halftime, he had 13 points, though Brooklyn trailed 51–45. By the start of the fourth, Atlanta’s lead was eight. Williams scored the team’s first 5 points of the final period and had 16 points in all—including a big three that put them up 102–101 with 1:53 left.

By the time he iced two late free throws in overtime, the 35 points Williams had erupted for tied a career-high and were the most by a Nets player since Vince Carter’s 37 in 2007.

Should the big day propel Brooklyn to a series win, it would be the biggest single contribution by a struggling sports star since J.D. Drew’s $14 million grand slam in Game 6 of the 2007 ALCS that helped Boston come back from a 3–1 deficit to defeat Cleveland and then win the World Series.

The Nets would settle for a series win.