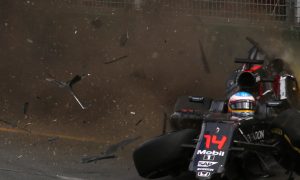 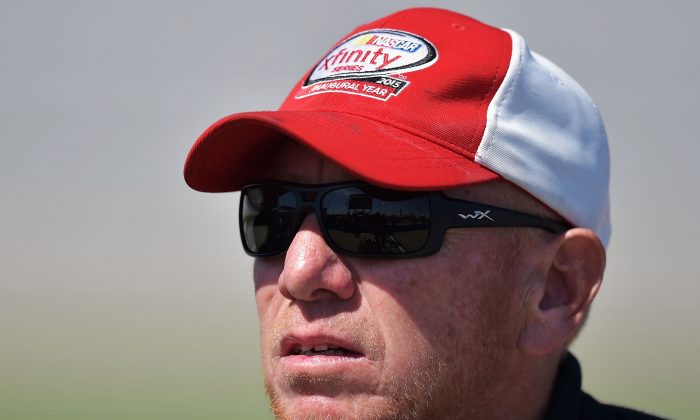 TALLADEGA, AL - MAY 02: Derek White, driver of the #40 Braille Battery/Grafoid Dodge, stands on the grid during qualifying for the NASCAR XFINITY Series Winn Dixie 300 at Talladega Superspeedway on May 2, 2015 in Talladega, Alabama. (Photo by Drew Hallowell/Getty Images)
Motorsports

NASCAR driver/owner Derek White turned himself into authorities on March 30 and faces seven charges relating to the largest tobacco-smuggling bust in North American history, according to a report on NBC Sports.

An arrest warrant was issued for White Wednesday and he was interrogated that same day, according to Sgt. Daniel Thibaudeau of the Quebec Provincial Police.

The investigation was launched by Canadian officials—with help from the U.S. Drug Enforcement Administration and Homeland Security—in 2014, according to Thibaudeau. Some 700 officers from Canada and the United States were involved in the investigation which resulted in nearly 60 arrests and 70 searches.

The investigation has turned up proof of 158 transports of illegal tobacco from North Carolina to Canada since 2014. Roughly 2,294 tons of illegal tobacco were transported, leading to roughly $530 million Canadian going unpaid. By not declaring the shipments at the border, the taxes were thus avoided, which allowed for cheaper manufacturing, that led to cheaper prices.

For just $5, baggies of 200 cigarettes can be bought at Native smoke shops on the U.S. side of the border.

According to a report on Bloomberg, police said the tobacco was ultimately sold on the Kahnawake and Six Nations reserves. Profits from tobacco were then used to purchase cocaine, while some of the money was laundered overseas.

The 45-year-old White, who is a member of the Mohawk tribe and lives in Kahnawake near Montreal, became the first Native American to start a Sprint Cup race last July when he finished 39th in the 43-car field at New Hampshire Motor Speedway.

White is listed as one of the top ranking member of the smuggling operation, according to a chart provided by police.