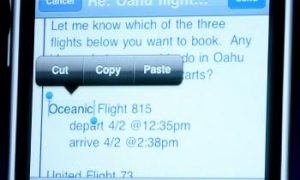 [xtypo_dropcap]D[/xtypo_dropcap]erek Sciba, a former investigative journalist and videographer, is now Marketing and Communication director at the Seattle-based humanitarian organization World Concern. He has been to the villages and slums across Asia and Africa where the organization works, but now his hopes and attention are focused squarely on Haiti.

On the eve of the anniversary of the disaster, Sciba shares some of his thoughts from the streets of Port-au-Prince.

“The people living in tents want the rebuilding of Haiti to move more quickly. Walking around Port-au-Prince, we have not seen violence as much as we have seen the solemn faces of people facing their hardships head-on, every day.

"Across the country, community prayers and vigils events are planned on the 12th, for 4:53 in the afternoon. That's the moment in time that the earthquake shook Haiti to its core. Jan. 12 is a national holiday.

“My toughest moment [over the last year] was seeing the vacant looks of people immediately after the earthquake. I remember a crowd of people watching in shock as a man struggled with a body on a sidewalk. They had seen death all around them. Everyone had some kind of personal loss.

“Day-by-day, Haiti's earthquake is losing its power as people rebuild their lives. One of my proudest moments was a check-in a couple of days ago with a man named Widzer. He'd lost his home and a daughter in the earthquake.

However, Widzer took the opportunity to work for World Concern, clearing rubble in our Cash for Work program. Widzer put the money earned from Cash for Work to good use. He helped his wife restart her business in the marketplace.

After that, we helped him get a transitional shelter—essentially a simple home. Widzer has taken that shelter and added onto it, including a porch, a bathroom—and extra space. The fantastic part: he used the money he earned with World Concern to do the improvements.

Widzer gets it. He sees that he has a future beyond today.

“In the coming year, we must take the cholera epidemic head-on, preventing infections and saving lives. At the same time, we must think about long term. Where will people live? How will they support themselves without other aid?

“Haiti won't be ‘fixed’ in a year. It will only be [with] long-term commitments and community empowerment that Haitians will enjoy a life with a real future. People need transparency from their nonprofits.”

To see a profile World Concern’s victories and struggles of the past year, please visit haitioneyear.org.