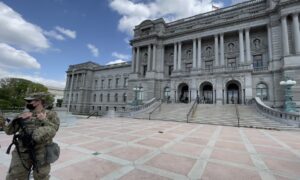 Former Minneapolis police officer Derek Chauvin on April 20 was convicted of all three charges in the death of George Floyd.

The most serious charge, second-degree murder, has a maximum sentence of 40 years in prison.

Chauvin declined to testify in the trial.

Floyd, 46, died on May 25, 2020, after being restrained by Chauvin and two other officers. Floyd was taken into custody on suspicion of using a counterfeit bill at nearby Cup Foods but refused to be placed into a patrol car.

Floyd was restrained on the ground by Chauvin and the other officers next to the car and steps away from the store in which he allegedly committed a crime.

Chauvin knelt on Floyd’s neck and back for nine minutes and 29 seconds. Floyd complained that he couldn’t breathe and eventually stopped breathing. He was rushed by ambulance to a hospital where he was soon pronounced dead.

Chauvin, 45, joined the Minneapolis Police Department in 2001. He was fired along with three other officers involved in the arrest of Floyd the day after the incident.

Floyd’s death sparked protests and riots across the country. More than 1,000 buildings were burned or otherwise damaged in Minneapolis alone during the unrest. Minnesota Gov. Tim Walz declared an emergency on April 19 because of concerns about potential fresh rioting.

During the trial, jurors heard from a series of experts who testified that Floyd died from asphyxia, or lack of oxygen.

“A healthy person subjected to what Mr. Floyd was subjected to would have died as a result of what he was subjected to,” Dr. Martin Tobin, a lung specialist at the Edward Hines Jr. VA Hospital and Loyola University’s medical school in Chicago, told the trial.

Dr. Andrew Baker, Hennepin County’s chief medical examiner, concluded that Floyd’s death was a homicide as a result of cardiopulmonary arrest in the context of law enforcement. The fentanyl and methamphetamines detected in Floyd’s body in the autopsy, in addition to his health history, contributed to the death, the medical examiner’s office found.

“It was the stress of that interaction that tipped him over the edge given his underlying heart disease and his toxicological status,” Baker told the court.

Use-of-force experts and law enforcement officers called by the prosecution asserted that Chauvin’s actions went against his training and department policy.

“Both the knee across Mr. Floyd’s neck and the prone restraint were unreasonable, excessive, and contrary to generally accepted police practices,” Seth Stoughton, an associate professor at the University of South Carolina School of Law, said on April 12.

Defense experts cast doubt on the case against Chauvin.

Dr. David Fowler, who previously headed a medical examiner’s office in Maryland, told the court that the manner of death should have been “undetermined,” instead of being deemed a homicide.

“In my opinion, Mr. Floyd had a sudden cardiac arrhythmia due to his atherosclerosis and hypertensive heart disease … during his restraint and subdual by the police,” Fowler said last week, adding that fentanyl and methamphetamine in Floyd’s system—as well as the paraganglioma tumor he suffered from—contributed to his death.

Barry Brodd, a use-of-force expert, testified that Chauvin’s force wasn’t deadly and that what he did was justified.

“I felt that Derek Chauvin was justified, was acting with objective reasonableness, following Minneapolis Police Department policy and current standards of law enforcement in his interactions with Mr. Floyd,” Brodd said in the courtroom.