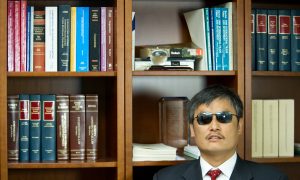 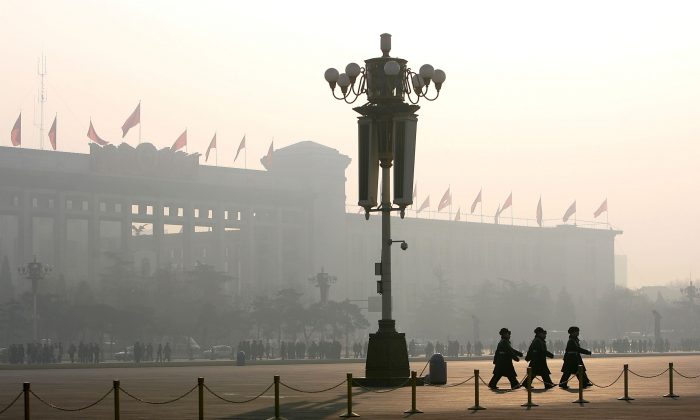 Deputy Head of Chinese Secret Police in Guangdong Is Investigated

The No. 2 man in one of the Communist Party’s key secret police forces in southern China has been placed under disciplinary investigation, effectively ending his political career and potentially leading to expulsion from the Party and years in a jail cell.

Luo Jian, the deputy director of the 610 Office in Guangdong Province, is also the latest Party official in the political constellation of former leader Jiang Zemin to be felled in Xi Jinping’s ongoing Party rectification campaign.

On May 25, the Guangdong Provincial Commission of Discipline and Inspection announced on its website that Luo has been placed under investigation for “severe violations of Party discipline and law”—official parlance for corruption, abuse of power, and, often enough, debauchery. Such announcements are usually concurrent with loss of position, though that was not stated in the one sentence announcement.

Luo once helmed a city’s anti-corruption agency, according to the state-run news website China Economic Net. Also, it is likely that he is guiltier than mere corruption charges would suggest, given his leading role in the Guangdong 610 Office.

Named after the day of its creation—June 10, 1999—the 610 Office was set up by then Chinese leader Jiang Zemin with one purpose: to enforce and carry out the arrest, torture, and ruin of practitioners of Falun Gong, a spiritual meditation discipline whose practitioners credited with improving their health and uplifting their morality. Tens of millions of Chinese took up the discipline since its introduction in 1992.

In 1999 Jiang pushed through his personal crusade against Falun Gong notwithstanding the misgivings of the Party top brass. Under Jiang’s directive, the 610 Office, an extralegal Party organization, immediately got to work, coordinating with the police and other state security apparatus to arrest and detain Falun Gong practitioners.

Local 610 Offices were known to set up so-called Legal Education Classes where they forced detained Falun Gong practitioners to give up their faith through brainwashing and torture, according to numerous contemporaneous accounts.

The torture carried out and overseen by 610 Office agents—use of electric batons on the genitals of male and females, for instance—were described as being “not inferior to the Nazis,” according to Chinese rights activist and Nobel Peace Prize nominee Hu Jia to New York-based broadcaster New Tang Dynasty Television (NTD). Hu also referred to the 610 Office as a “state terrorism organization.”

Falun Gong practitioners weren’t the only victims of the 610 Office. In 2003, the organization changed its name from “Central Leading Group for Dealing with Falun Gong,” to the “Central Leading Group on Dealing with Heretical Religions,” and started clamping down on Christians, Buddhists, and other religious groups as well. Prominent rights advocates like blind human rights lawyer Chen Guangcheng were also attacked by the 610 Office.

Luo Jian isn’t the first 610 Office official to be arrested and have his case reported in the Chinese media.

Last month, Gong Fangcai, the former deputy director of the Public Security Bureau of Lianyungang City in Jiangsu Province, was arrested for corruption. Mainland media said he was the ex-Lianyungang City 610 Office director.

Han Kefeng, the deputy director of the 610 Office in Laiwu City, Shandong Province, was investigated last September for “severe violations of Party discipline and law,” according to the Central Commission for Discipline Inspection. Han allegedly took huge bribes and abused his position to advance his interests as the director and Party secretary of the local Public Security Bureau, and as head of the local 610 Office.

Li Dongsheng, former director of the central-level 610 Office, and former vice minister of China’s Ministry of Public Security, was investigated by the Party‘s internal disciplinary body for “serious violations of laws and regulations” in December 2013.

And Li’s former boss, Zhou Yongkang, who oversaw China’s security apparatus and law enforcement institutions as secretary of the Central Political and Legal Affairs Commission between 2007 and 2012, was also placed under investigation for alleged abuse of power and corruption, state media announced in July 2014.

Because of the 610 Office’s direct political links to Jiang Zemin, observers of Chinese politics see a close relationship between the purge of the organization and the waning of Jiang’s own political power.