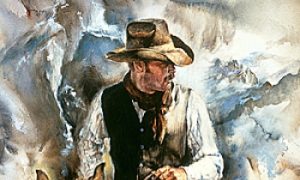 Depression is one of the most common psychiatric conditions, and probably caused by a mixture of genetic and environmental factors. (Photos.com)
Science

Depression Gene Found by Scientists; New Anti-Depressants on the Horizon?

A gene has been identified and found to be linked with depression and has potential for drug targeting to treat the disorder, according to a study published in the journal Neuron on April 28.

Depression is one of the most common psychiatric conditions, and probably caused by a mixture of genetic and environmental factors.

“Current treatments for major depression are indispensible but their clinical efficacy is still unsatisfactory, as reflected by high rates of treatment resistance and side effects," said Dr. Martin A. Kohli of the Max Planck Institute of Psychiatry in Munich, Germany in a press release.

"Identification of mechanisms causing depression is pertinent for discovery of better antidepressants."

Kohli and colleagues studied more than 15,000 participants and located a risk gene, known as SLC6A15, that produces a neuronal amino acid transporter protein in the hippocampus region of the brain, and is associated with susceptibility to depression.

The transporter protein carries amino acids, like proline and leucine, across the synapses or gaps between nerve cells in the brain, and may be involved in the regulation of the neurotransmitter glutamate of which leucine is a precursor.

"Because it is assumed that the communication between the neuron clusters is disturbed in depression, we considered whether the gene we had identified could possibly influence this process through glutamate," said research group leader Dr. Elisabeth B. Binder in a press release.

"We would now like to find out how the gene converts stress into an activity-dependent cellular reaction and influences the disease process," said co-author Mathias Schmidt according to a press release.

"Our results support the notion that lower SLC6A15 expression, especially in the hippocampus, could increase an individual’s stress susceptibility by altering neuronal integrity and excitatory neurotransmission in this key brain region," said Binder.

"Because SLC6A15 appears amenable to drug targeting, our results may incite the discovery of a novel class of antidepressant drugs."

The researchers are hopeful they are on the way to developing a new type of antidepressant, and another research project is already underway to examine the effects of small molecules on the transporter protein.