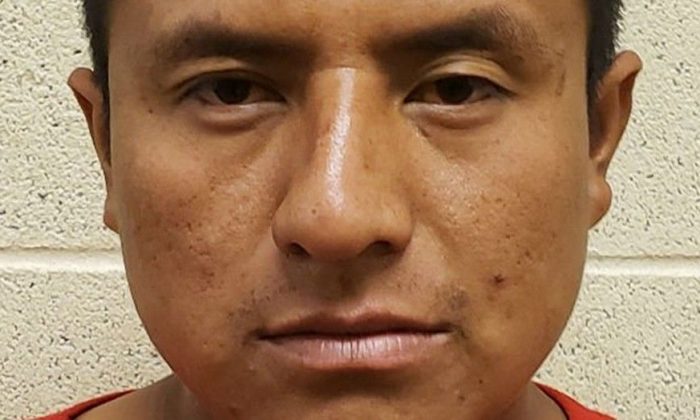 A Mexican man who was deported from the United States for a rape conviction was captured by Border Patrol agents in Arizona.

The agency said that 30-year-old Anthony Diaz-Garcia, who is facing charges of entering the United States again as an aggravated felon, was in federal custody Monday. He was tracked near Nogales, Arizona, located on the U.S.-Mexico border.

Diaz-Garcia was convicted of rape in the third degree in Richmond County, New York, and he was in prison for six months before he was deported to Mexico.

As The Epoch Times previously reported, Border Patrol agents rescued 64 illegal immigrants more than a week ago, which was the latest in a string of rescues that have saved 406 people from tractor-trailer units in two months.

“In addition to securing and protecting our nation’s borders, frontline Border Patrol agents are committed to reducing heat-related injuries and preventing deaths along our borders,” said Border Patrol Acting Chief Carla Provost in a statement. “These rescues are a result of stepped-up enforcement at our immigration checkpoints coupled with our search and rescue efforts that are key to preventing unnecessary loss of life.”

In June, the number of arrests at the border dropped sharply. The agency made 34,057 arrests along the border with Mexico in June, down from 40,344 arrests in May, according to reports.