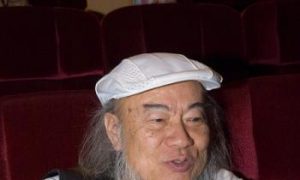 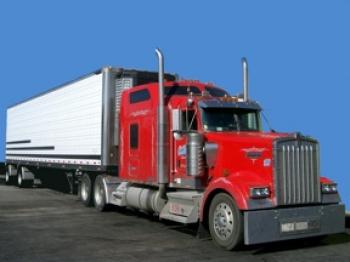 Commercial trucks will be required to improve both mileage and emissions starting in 2014. (PRA/Wikimedia Commons)
US

By Mary Silver
Print
For the first time, medium weight and heavy trucks will have to meet emissions standards in the United States. President Obama announced last week that the Department of Transportation (DOT) and the Environmental Protection Agency (EPA) will require commercial trucks to improve both mileage and emissions starting in 2014. The president also called for higher emission and efficiency goals for passenger vehicles to be phased in.

Obama stated in his announcement, “America has the opportunity to lead the world in the development of a new generation of clean cars and trucks through innovative technologies and manufacturing that will spur economic growth and create high-quality domestic jobs, enhance our energy security, and improve our environment.” He asked federal agencies to learn from California, which has been a leader in reducing pollution and energy use. Fuel efficiency standards and greenhouse gas emissions standards must take into account the unique market structure of the trucking industry, he said. He proposed that tractor trailers, for example, could improve energy efficiency by 20 percent using technologies available now.

According to the Sierra Club, commercial trucks average only six miles per gallon and use about 2.4 million barrels of oil each day. Their fuel efficiency has not made progress since the 1970s. While passenger cars have been required to reduce emissions and improve fuel efficiency, freight-hauling trucks were not.

Sierra Club spokesman Carl Pope lauded the new standards but said more freight in America should go by rail instead of by truck in order to reduce oil dependence. “We are thrilled that the administration is moving forward with the next round of standards for cars and light trucks. Setting standards for vehicles for the longer term is needed to push old technology out and bring in the new.”

Pope called the ongoing BP oil spill in the Gulf of Mexico a “wake up call.” He said the president should issue a moratorium on offshore drilling. “We already have the technology to create a clean, 21st century transportation system that will end our addiction to oil. We've been talking about getting off oil for decades.”

Obama asked the EPA and the NHTSA to work with California to develop by September 1 a technical assessment of how to “achieve substantial annual progress in reducing transportation sector greenhouse gas emissions and fossil fuel consumption, consistent with my administration's overall energy and climate security goals, through the increased domestic production and use of existing, advanced, and emerging technologies, and should strengthen the industry and enhance job creation in the United States.” He asked the agencies to consider the impact of new rules on the domestic auto industry, among other stakeholders.