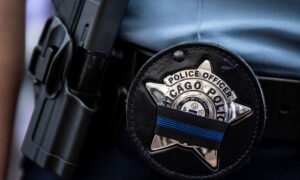 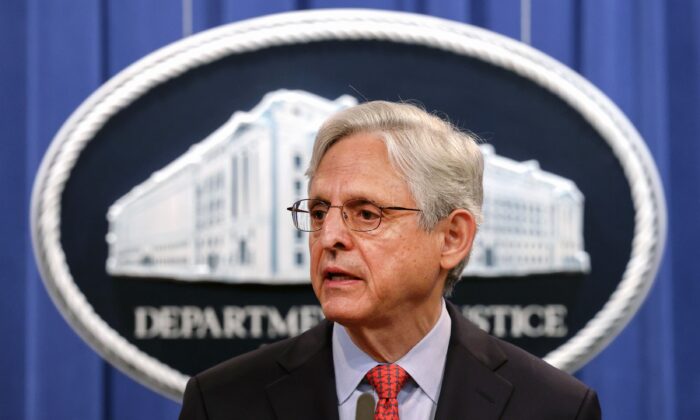 Attorney General Merrick Garland makes remarks at a press conference at the Department of Justice in Washington on Aug. 5, 2021. (Kevin Dietsch/Getty Images)
US News

Department of Justice Limits Use of Chokeholds, ‘No-Knock’ Raids

Federal officers will be more limited in using chokeholds and “no-knock” raids moving forward, the Department of Justice announced Tuesday.

Chokeholds cannot be used against a person unless officers believe that person poses an imminent danger of death or serious physical injury to an officer or another person, federal law enforcement agencies were told in a memorandum. “No-knock raids,” or raids where officers barge in without knocking because of fear of violence, must only be pursued in exceptional circumstances with both supervisory and judicial approval, and officers can only seek such approval if the agent believes that announcing the agent’s presence would create an imminent threat of physical violence.

“Building trust and confidence between law enforcement and the public we serve is central to our mission at the Justice Department,” Attorney General Merrick Garland said in a statement.

“The limitations implemented today on the use of ‘chokeholds,’ ‘carotid restraints’ and ‘no-knock’ warrants, combined with our recent expansion of body-worn cameras to DOJ’s federal agents, are among the important steps the department is taking to improve law enforcement safety and accountability,” he added.

The changes come following a review of federal law enforcement agency policies by Lisa Monaco, the deputy attorney general. The curtailment goes beyond what is outlined in federal law.

“It is essential that law enforcement across the Department of Justice adhere to a single set of standards when it comes to ‘chokeholds,’ ‘carotid restraints’ and ‘no-knock’ entries,” Monaco said in a statement. “This new policy does just that and limits the circumstances in which these techniques can be used.”

The new rules on chokeholds aren’t surprising, said Lisa Dadio, a former police officer, pointing to similar changes made on the state and local level across America in the wake of the police custody death of George Floyd last year. On the other hand, most states have left “no-knock” raids in place.

Limiting those could theoretically lead to greater harm to law enforcement because knocking before entering a building is often more dangerous, Dadio, director of the Center for Advanced Policing at the University of New Haven, told The Epoch Times.

“There’s always going to be a risk now associated that once you go through a search and seizure warrant on a particular dangerous individual where you know the propensity for violence is there, you’re putting yourself in harm’s way once you knock on that door, so your tactics have to be different, the way you’re approaching that location has to be very different, and you have to go in there really heightened for officer safety, as well as the safety of the individuals inside that particular residence,” she said.

The new policies are part of the Biden administration’s effort to revamp existing rules, and come about three months after the Department of Justice announced it would require federal law enforcement officers to wear body cameras while carrying out warrants.