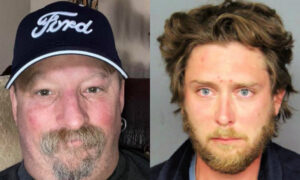 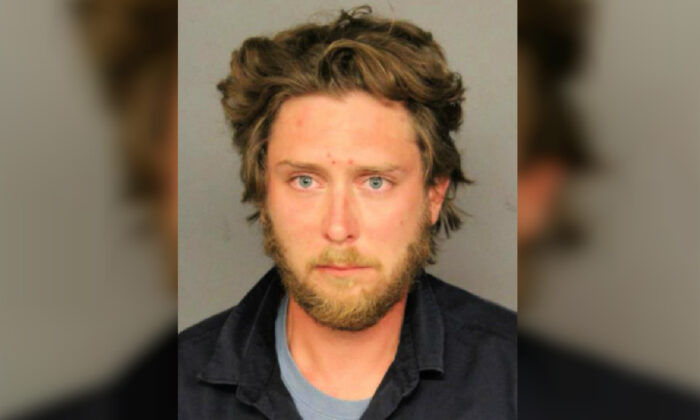 The man shot dead in Denver during a rally was discharging mace as he was struck by a bullet, according to an affidavit from the Denver Police Department.

A Denver police detective wrote in the affidavit that Keltner was engaged in a verbal dispute between the Denver Art Museum and the Denver Public Library at approximately 3:30 p.m. after attending the “Patriot Muster” rally.

Video footage showed a man wearing a “Black Guns Matter” t-shirt shouting at Keltner to mace him. That man’s name was redacted in the affidavit.

Several witnesses got between the men and urged them to stop.

Moments later, Dolloff and another man, believed to be the 9News reporter he was with, became engaged in an altercation with Keltner.

“Mr. KELTNER strikes Mr. DOLOFF [sic] on the side of the head with an open hand. Mr. DOLOFF is then observed drawing a handgun from his waistband, aiming at Lee KELTNER and shooting once, striking Mr. KELTNER, as Mr. KELTNER discharges his OC spray. Mr. KELTNER collapsed to the ground,” detective Daniel Tregembo wrote.

Police in riot gear then sprinted over and arrested Dolloff, who was still holding a semiautomatic handgun, according to the affidavit, which formed the basis for holding Dolloff on a first-degree murder charge.

Dolloff was hired by 9News, an NBC affiliate, to provide protection for staffers covering the protests. Pinkerton contracted Dolloff to 9News. Both companies, in addition to Dolloff, face possible civil and criminal penalties because Dolloff did not have a security guard license.

Dolloff did have a concealed carry weapons permit, the Elbert County Sheriff’s Office confirmed to The Epoch Times. That license is suspended while criminal proceedings play out.

Helen Richardson, a Denver Post photographer who captured the moments leading up to the shooting and the shooting itself, had said that Keltner, whom she described as a patriot, struck Dolloff in the face.

“The two exchanged heated words, the patriot hit the man in the face, then backed up to spray mace at him to protect himself from the man coming after him as he was expecting. Literally in that split second the man who had gotten hit by the patriot pulled out a gun from his waistband and shot the patriot. It isn’t clear who fired first,” she said in an Instagram post she later deleted.

Daniel Mannix, another witness, told KDVR that Keltner “was murdered, was executed.”

Dolloff’s attorney said the shooting was in self-defense.

Legal experts contacted by The Epoch Times about the case were reticent to go on the record but one law professor said self-defense claims in Colorado rest on whether a person reasonably believes “that a lesser degree of force is inadequate and reasonable grounds to believe and does believe he or another is in imminent danger of being killed or receiving great bodily injury.”

Attorney David Lane told KMGH-TV that getting hit with mace isn’t reasonable grounds to shoot someone.

“If the shooter believes that the victim was getting ready to pull a gun on him, that is a reasonable belief that he was in imminent fear of serious bodily injury or death, then he would be justified in using deadly force,” Lane said. “Getting pepper-sprayed is not serious bodily injury. You are not allowed to kill someone because they pepper spray you or mace you.”

In another development, 9News said it requested an unarmed security guard for the rally.

“9News contracted with Pinkerton and had directed that security guards accompanying our personnel not be armed,” the station said in a statement. “None of 9News’ crew accompanied by Mr. Dolloff on Saturday were aware that he was armed.”