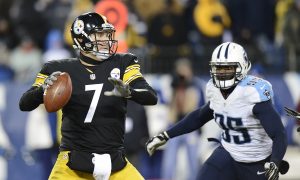 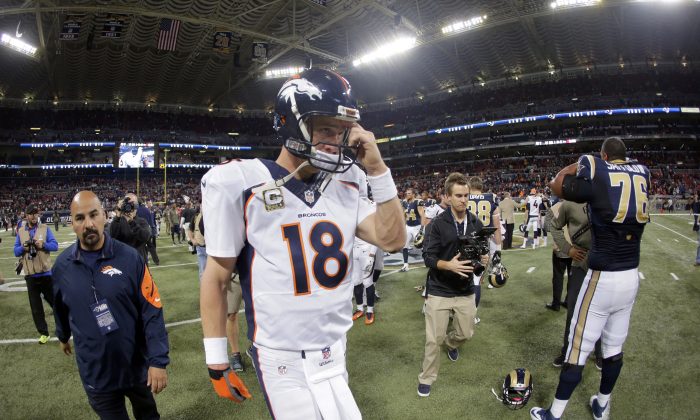 The Denver Broncos are coming off a big loss and the news and rumors are ramping up as the team prepares for the next game.

Dolphins Trying to Prepare for Manning

Peyton Manning may have had a bad game against the St. Louis Rams but the Miami Dolphins aren’t making the mistake of underestimating the star quarterback.

Team meetings have already focused on how to stop Manning, and the Broncos offense in general.

Defensive players were told that Manning is the best quarterback in the world and that the Broncos are basically unbeatable at home.

“It’s just going to be a great challenge for the defense, getting them off the field,” cornerback Jamar Taylor told the Miami Herald.

“It was serious,” safety Reshad Jones added about the coaches’ message to the team.

“He’s going to move the football. The biggest thing for us is points. He could have 500 yards passing. As long as we limit the points, that’s big for us.”

Defensive coordinator Kevin Coyle is also changing things up because he knows Manning will be studying the Dolphins defense.

“I don’t know how many things Peyton hasn’t seen in the years he’s been playing. He is remarkable,” Coyle said. “Talking with people who have been around him, he’s got almost a photogenic memory. When he sees something, he locks it in and can retrieve it a year later or two years later.”

If any team can stop the Broncos and Manning, it’s the Dolphins. Their defense is ranked No. 2 in yards per game and pass defense, and they haven’t allowed a touchdown in two of the past three games.

The Dolphins offense is also focusing on pointing points on the board to relieve some of the pressure on the defense, with receiver Mike Wallace noting that “We have to put up some points.”

A big weakness on the team has been the offensive line, and some fans and analysts are wondering whether the team would consider picking up Richie Incognito.

The call for the signing got louder after the offensive line’s struggles against the Rams.

“He will NOT be signed this week for several reasons. Timing is one. The Broncos play the Miami Dolphins this week. The Dolphins were Incognito’s team during the infamous bullying incident last year. What a madhouse Dove Valley would be if Incognito stepped in the building this week, of all weeks,” said the Denver Post.

“But that’s just one reason. Another reason is the Broncos want to give this offensive line a chance with a few more running plays than nine to work with. Another reason may be whether or not Incognito can still play at a high level. During his eight starts at left guard last season, Pro Football Focus graded him as the 25th best guard. He has better marks in pass blocking over the years than run blocking, and what the Broncos really need is better run blocking.

“Still another reason is what the Broncos really need is a right tackle so Louis Vasquez can return to right guard, where he was an All-Pro last year. Incognito as a guard doesn’t solve that problem.”

But if the offensive line struggles again, then signing Incognito could very well happen.

Jay Glazer, who reported that Incognito was brought in for a workout, said that the Broncos would revist the possibility of signing him after the Dolphins game.

Latimer Should be Activated

One sports analyst believes that Cody Latimer should be activated for the Dolphins game and given a chance to make an impact.

“The Broncos need to realize that it’s time to pull out all of the stops. Activating Cody Latimer is one way to do that. Latimer showed flashes of being great in preseason play, but Denver has yet to utilize him in a game that counts. That will change on Sunday,” wrote Travis Wakeman of Bleacher Report.

“After losing two of their top receiving threats last week in Emmanuel Sanders and Julius Thomas, the Broncos had problems. A team known for their strong receiving corps suddenly became very limited. The Broncos shouldn’t be relying on guys like Jacob Tamme and Andre Caldwell to play extended time and make big plays. Instead, they should turn to the player they selected in the second round of this year’s draft.

“Denver has made Latimer inactive for nearly every game this season. It’s time to reverse that trend and give Peyton Manning another big, young target to throw the ball to. There isn’t much film for teams to look at and prepare for, so it would be a perfect time to unveil the rookie and hopefully gain a big boost because of it.”

CBS noted that with the injuries, Tamme and Wes Welker will likely see more action.

In its fantasy advice column, it also said that Juwan Thompson could get some carries while, yes, Latimer could get into the action.

“You will have to watch all week for injury updates on Julius Thomas and Emmanuel Sanders. As evidenced by Ball’s performance against the Rams, just because players are active, doesn’t mean they will be 100 percent,” it added. “But you would be hard-pressed to sit either Thomas or Sanders under any circumstances.”